Most people are delighted that American football has returned to George Fox University. I haven’t heard many observations on the irony—or the appropriateness—of this violent sport erupting in a Quaker setting.

Speaking of irony, it’s strange that I should be writing this. I’m the coach’s daughter. Or, more accurately stated, was the coach’s daughter. I grew up in a small town in Southern California where football was the center of community life. The Ramona Bulldogs reigned, and my dad was the coach. Friday nights the bleachers completely filled up with young and old, and the excitement crackled like fireworks. 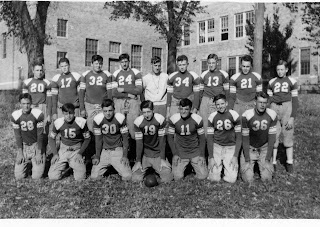 The sport dominated high school life. Of the 96 boys in Ramona High School in 1959, 54 of them were on the varsity or junior varsity team. Every girl longed to be a cheerleader. To give everyone a chance to participate, we had the first string cheerleaders, song leaders (who wore shorter skirts), pom pom girls, the baton squad, and the flag twirlers. I twirled a flag. In between games, we went to classes and studied.

We were good. In 1958, the Ramona Bulldogs won the Southern California Intervarsity Football championship for Class A high schools (very small). I remember the roar of the crowds as that final touchdown guaranteed the trophy. I remember the team carrying my dad off the field on their shoulders. For a shy, skinny girl in middle school, that was Big Stuff.  In 1959, Dad was named Coach of the Year for Southern California. I still have the newspaper articles in my scrap book.

I was raised on American football.

My years in Bolivia, however, converted me to the sport the rest of the world calls football and we call soccer. Latin Americans yell at their games, too, and go a bit crazy when they win. But soccer somehow seems safer, less brutal than our football.

It’s not just a matter of seeming safer. What we’ve been learning about American football in recent years should frighten us enough to have second thoughts about sponsoring this sport on any high school or university campus. A recent Time Magazine feature on the dangers of football is subtitled, “The Tragic Risks of an American Obsession,” and goes on to detail some grim statistics about concussions and the greater likelihood of dementia at earlier ages. This, added to the Quaker peace testimony, makes me wonder why more questions aren’t being raised about GFU’s new program.

I have a proposal. Since it seems unlikely that the decision to include football in the life of the university will be reversed, let’s at least even out the risks. My proposal is that we turn the new bleachers into a smoking area and that the university supply free cigarettes to one and all. Students especially should be encouraged to smoke as they cheer on the team. What this would do is spread around the dangers. While the players are bumping heads and giving each other concussions, the spectators will be puffing away and equally endangering their health and future.

If we university Quakers are a little lax in the arena of non-violence, at least we can give a testimony for equality.

[This article originally appeared on my blog in 2014.]

Posted by Nancy Thomas at 10:31 AM No comments:

I’m going through a period of grief that is common to many. Two of my grandchildren are leaving home on long term missions across the sea. They go into precarious situations which, while it makes us nervous, only makes them excited. We’ve been warned against mentioning over the Internet their names or the countries they’re going to. One will be gone three years, the other two.

We’ve enjoyed having them close during their university years, sharing meals and conversations, doing art projects together, and then seeing them graduate. We’ve watched them turn into young adults, responsible people, ready to follow their dreams. But why do they have to follow them so far away?

This is a common grief. Children grow up and leave home. Parents, at least some of them, grieve as they let them go. We did this to our parents. But being common doesn’t make the sadness any less real.

As I’ve been writing poetry through the Bible, I thought about my grandkids this week. I was working my way through 1st, 2nd, and 3rd John and I came across this passage: “This is love for God: to keep his commands. And his commands are not burdensome” (1 John 5:3). Here’s the poem:

Weightless, in fact.
Under the yoke of God,
there by our choice,
we float on his will
toward a destination
of his choosing.

-Give away all you own. Feed the poor.
Ok.
-Leave your father and mother and come.
Follow me to the ends of the earth.
I’m on the way.
-Set your grandchildren free to grab hold
of the dreams I put in their hearts. Let go.
Yes, Lord.
-Give up your life for mine.
Here. Take it.

Posted by Nancy Thomas at 4:18 PM No comments: 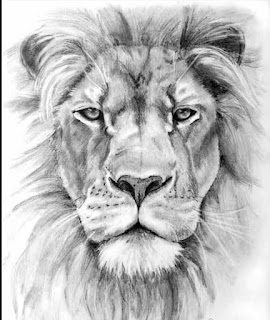 Fear perched on my heart like a dirty crow. An unwelcome guest, he disturbed my thoughts with his cawing: “You’re not good enough. You’ll stumble. And they’ll all be listening.”

It was early morning and I was curled up in the easy chair, attempting to pray. I had been invited to give the public prayer later that day in the chapel service of the interdenominational seminary I was attending. I’d ministered in public many times before. Then why was I so nervous?

Maybe it was the occasion—the last all-seminary chapel of the year. Maybe it was the people. My favorite theology professor would be preaching, and the president, the dean, and many others would be there. Maybe it was the place. Wednesday chapels were always held in the large church down the street—a far cry from the simple Quaker places of worship I was used to. Normally, I loved being in that sanctuary, looking up at the arched wooden beams and imagining myself a minnow in the belly of the whale, a mouse in the ark, or a servant girl peeking from behind a pillar in the courts of Camelot. But, did I want to sit up front with the royalty and speak words out into the cavern of that hall? No, I did not.

Recognizing that my imagination was going into overdrive, I stilled my heart and asked the Lord for perspective. Then I simply waited in the silence.

What I did not, and do not, fear is—coming before the Lord God Almighty, addressing in person the King of kings and Lord of lords, speaking boldly to the Creator of the universe, petting the Lion of Judah.  I do this all the time. And I’m not afraid. Amazing.

I saw that what I did fear was no more than saying a prayer out loud in that particular place, on that fairly minor occasion, in front of a relatively small group of people.

I had the whole thing twisted around. Those people, be they professors or students, are like me. We all struggle with not getting enough sleep, tend to be petty when provoked, stub our toes, harbor our secret insecurities, and long for intimacy. We’re all people. But him—he’s the King.

If I had any sense, I’d fear the right things. I’d enter his presence wearing a bullet proof vest and a crash helmet. I’d whisper my prayer. I’d tremble.

The fear of the Lord runs like a dark thread throughout the Scriptures. It’s a theme that has sometimes confused me, and I’ve let it be explained away as reverence or great respect. But the Psalms, the Prophets, and the frightening narratives of the Old Testament beat out the rhythms of the awesome power of the Almighty and call the faithful to respond with appropriate fear. And while reverence and respect are undoubtedly part of our response, sometimes fear is called for. Real fear. Gut-wrenching terror.

Those shepherds on the Judean hillside were “sore afraid” at the angels’ appearance. The wandering Israelites trembled before the smoking mountain. Saul on the Damascus road fell to his face.

I think of our own heritage. The name Quaker was thrown in contempt at our ancestors because they literally trembled in the presence of the Lord.

I think of Lucy, in C. S. Lewis’ The Lion, the Witch and the Wardrobe, feeling the thrill of fear on first learning of the Lion and asking, “Is he safe?”

Mrs. Beaver answers, “…if there’s anyone who can appear before Aslan without their knees knocking, they’re either braver than most or else just silly.”

“Safe?” said Mr. Beaver. “Don’t you hear what Mrs. Beaver tells you? Who said anything about safe? ‘Course he isn’t safe. But he’s good. He’s the King, I tell you.”

The Lord is a God both dangerous and good, and that’s a difficult combination to come to terms with. The same Psalms and prophets that spell out the terror of the Lord also show his tenderness. The Lion is the Lamb. And our shepherd.

We Quakers have another name—Friends. Friends of God, those who love and are loved by God, intimate companions. Both names are appropriate.

My background has emphasized the lovingkindness of God, and I’ve enjoyed friendship with the Lord, probably taken it for granted. I sense mercy and gentleness. That’s all good.

But my early morning meditation on the day of the prayer pointed out a certain lack. My vision of God needs to be stretched. In addition to the grace of intimacy, I long for the wisdom of holy fear.

Chapel came and went. When my time came, I got up, approached the microphone, and prayed. God enabled me to pray to him and not to the people, to pray on behalf of the people with some sense of Who I was addressing. I’m asking God to increase that sensitivity.

Let’s remember our names. Let’s claim our heritage. We are God’s Friends. Let’s also be Quakers.

Posted by Nancy Thomas at 1:21 PM No comments: