This is coming a bit late, but the books are definitely not out-of-date. As usual, these include books from any year, not just 2021. Reading is one of my delights, in a pandemic or in normal life. As I write this, I realize there is no such beast as “normal life.” Reading reminds me of this.

These are listed in the order in which I read them.

Kristin Hannah, The Four Winds (2021): Compelling story set in the dust bowl of the 1920s-30s and the migration of people to California to work in the fields. Centers around Elsa, a woman rejected by her parents and undervalued by her husband, but courageous and resourceful, on a difficult path learning to value herself.

Barbara Kingsolver, Flight Behavior (2012): Story around the issue of climate change, centered on monarch butterflies mis-migrating to the hills of Tennessee and a country woman learning to be a scientist.

Bo Caldwell, City of Tranquil Light (2010): Moving story about missionaries to China, a fictional account but based on the lives of the author’s grandparents.

Ruth Hogan, The Keeper of Lost Things (2017): Novel of a strange man who collects little things people have lost, intending someday, after his death, to have them all returned. He also collects and redeems lost people. It’s about being lost…and then found.

Ruta Sepetys, Out of the Easy (2015): Novel of a young neglected girl’s finally successful attempts to escape from her life in New Orleans and make a future for herself.

Louise Penny, The Madness of Crowds (2021): The latest Penny murder mystery does not disappoint. Detective Gamache’s task is to follow a popular speaker whose message is persuasive and dangerous. Of course, someone is murdered, and solving it gets complicated. Issues are euthanasia, delusion vs. reality, and the nature of crowds. 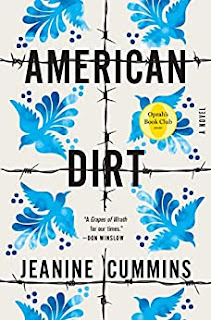 Jeanine Cummins, American Dirt (2020): Possibly the best novel I read this year. Hard to read in places because of violence and human suffering, but based on research and the experiences of thousands of migrants. Deals with drug cartels in Mexico and the attempts of so many to escape and make the journey to the US. Shows the hardships of the journey and arouses compassion as well as a fierce desire for justice and humane immigration policy.

Marjan Kamali, The Stationery Shop (2019): Set in Tehran in the revolutionary times of the 1950s. The protagonist, a young woman, finds refuge among the books in a stationery shop and there meets Bahman. Socially mismatched, they fall in love anyway. Culture as well as the revolution separate them and she escapes to America. Good insights about culture, enduring love, decency, and the power of poetry.

Fredrik Backman, Anxious People (2020): Hilarious story about a failed bank robber who finds herself inadvertently holding a group of people hostage. Full of surprises. The author seems to be saying that human beings are idiots. But loveable idiots. 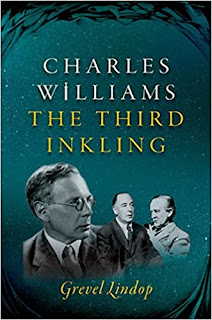 Grevel Lindop, Charles Willians: The Third Inkling (2015): Well researched and fascinating biography of a complicated man, whose life resembles his novels. Yet I am indebted to Williams for his concept of burden-bearing (or substituted love, as he calls it).

Neil Shubin, Some Assembly Required: Decoding Four Billion Years of Life, from Ancient Fossils to DNA (2020): Fascinating account of a difficult subject for a non-scientific thinker like me. But Shubin brings it to down to a popular level while keeping his integrity as a scientist. Can’t say I understood it all, but I learned a lot.

Dana Greene, Denise Levertov: A Poet’s Life (2012): I loved reading the biography of one of my favorite poets, including the account of her conversion to Christianity.

Bessel Van Der Kolk, The Body Keeps the Score: Brain, Mind, and Body in the Healing of Trauma (2014): One of the best books read this year. Scientific explanation of what happens to a person during trauma and why the effects are so long lasting. Holistic in its approach, including strategies for treatment and healing.

Jim Defede, The Day the World Came to Town: 9/11 in Gander, Newfoundland (2002): True story of a small Canadian town that found itself host to 38 diverted airliners and 6,595 stranded passengers and crew. The town (population 10,000) found the resources and the generosity to care for them for three days. Inspiring and informative.

Kathryn Aalto, Writing Wild: Women Poets, Ramblers, and Mavericks Who Shape How We See the Natural World (2020). Short biographies of women writers passionate about the environment, going back to people like Dorothy Wordsworth and including such modern writers as Rachael Carson, Annie Dillard, and Mary Oliver. Interesting, inspiring, and encouraging. 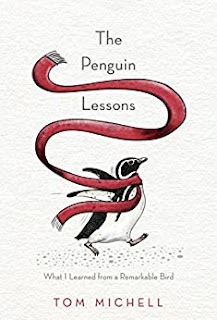 Tom Michell, Penguin Lessons: What I Learned from a Remarkable Bird (2015): Totally fun to read. A true account of the author’s adventure as a young man teaching in Argentina. While on vacation in Paraguay he rescues a penguin from an oil spill and, when the cleaned-up penguin refuses to leave his side, he finds himself forced to adopt and raise it. About ecology, the intelligence of animals, and the relationships between people and beasts.

Blaine Harden, Murder at the Mission: A Frontier Killing, Its Legacy of Lies, and the Taking of the American West (2021): Deals with the murder of Marcus and Narcissa Whitman in 1847 at the hands of the Cayuse tribe they had come west to convert and the myth (lies) that grew up around that incident. It paints a dark picture of the mission endeavor, the quarreling relations among the missionaries, and the injustice done to native peoples. In terms of the missionary endeavor and its effects, the author’s prejudices come through. Nevertheless, the history is troubling and deserves reflection and, perhaps, repentance.

Susan Orleans, The Library Book (2018): Another favorite, a history of libraries, focusing on the Los Angeles Public Library and the fire that gutted it in 1986. Between the chapters that carry forth this complicated story are delightful detours into the history of libraries in general, the history of book burning, the inner running of large libraries, the extent of a library’s services, and even the relation of large libraries to the homeless. Written in an engaging manner, I couldn’t put it down.

Phillip Yancey, Where the Light Fell (2021): A memoir of Yancey’s difficult years and the fundamentalism and racism from which he emerged. Remarkable.

Sarah Ruden, Paul Among the People: The Apostle Reinterpreted and Reimaged in His Own Time (2010): Important and well-researched study of the theology of Paul, showing how his context influenced his thinking and needs to affect our interpretation. She deals with subjects like Paul and pleasure, homosexuality, women, the state, and slavery. She says that she started her research hating Paul, but ended up loving him. Very helpful. 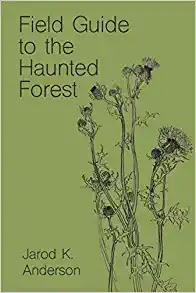 Jorge Luis Peña, El país de los miedos (2014): It was a privilege to discover and translate the work of this Cuban Quaker poet, who is well known in his own context. Among other things, he writes fantastical poems for children on adult themes.

Ted Loder, Guerrillas of Grace (2004): For me, this was a return to an old favorite. Loder writes prayers in poetic form on all sorts of contemporary issues. I find this book both pleasing aesthetically and profound in its insights.

Posted by Nancy Thomas at 10:43 AM No comments: