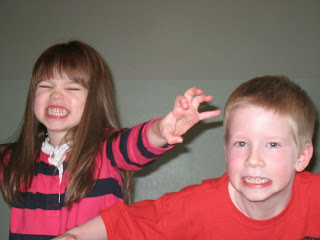 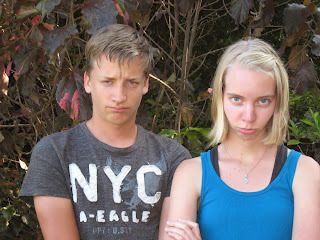 Please observe these photos of the grandkids scowling abominably. You’ll quickly discern that they are posing for instructional purposes. These are not their normal expressions. But I wanted to illustrate what a scowl looks like, and rather than the blackboard, I’m using digital photography, this being 2013.
Of course, the really abominable scowl is the inward one. I must confess that I sometimes bear one, carefully disguising its outward manifestation if other people are present. I have days when a black cloud hangs over my spirit and I can see no good in the world around me, including the people who inhabit it. Abominable is exactly the right word in this case. Some would call it sin (a word that fits better in a document from 1905, but applies today).
The antidote is thankfulness, I think. On dark days, deliberate thankfulness is an offering we make to God. An unnatural offering, but a real one. An old hymn tells us to “count your many blessings, count them one by one.”
It’s hard to do that and scowl at the same time.
Posted by Nancy Thomas at 8:21 AM 1 comment: 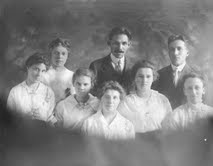 What a delightful discovery. We knew that Grandma and Grandpa Clyde Thomas attended the training school, but we had no idea they were classmates of William Abel. (Grandpa and Grandma Thomas moved to Oregon after their marriage, raised their five kids, the oldest being Hal’s dad Bill Thomas, and then went to Burundi as Friends missionaries. But that’s another story.)
Later this morning we’ll drive our rented car to the headquarters of Evangelical Friends Southwest where we’ve graciously been given access to the archives. I’m hoping to find something about the revival meetings in Ramona, maybe a story about William Abel’s background, and so on. We have many questions.
Fortunately, I really do love a good puzzle. It's fortunate because I’ll be spending a lot of time on this one—not just the beginnings of the work, but its development on the high plains of Bolivia and its growth down into the tropical valleys and into what is today a thriving community of Christian Quakers. I imagine the completed picture will be multicolored, with all shades of light and dark. I imagine it will be complex and beautiful.
In the meantime, we’re having fun finding the pieces.
Posted by Nancy Thomas at 10:19 AM 4 comments:


We’ve just returned from nine days (including travel) in Thailand and the gathering of Evangelical Friends Mission (EFM) workers from around the globe. We met at a resort hotel in Chiang Mai, an uncommon luxury for some of those in attendance. I spotted grace in many places, both blatant and tucked into obscure corners. 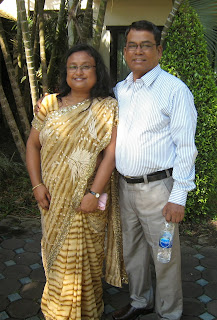 --The people and their stories: I loved getting to know Quaker missionaries from (and to) India, the Philippines, Bhutan, Bangladesh, Nepal, Hungary, Guatemala and Cambodia. I took on the role of being a “story catcher,” and spent time interviewing women from India, Nepal and Bangladesh, listening to their stories of encounter with Jesus, arranged marriages, and experiences as Quaker Christian ministers in Hindu and Muslim contexts. While our stories contrast in many ways, our experiences of grace coincide.
--The merry clay of Christian experience: One evening the family from Bhutan shared a song from their context, and the English translation contained one of those phrases that serendipitously combine error and truth. When the words, “He lifted me out of the merry clay,” flashed on the Powerpoint, some of us smiled. I’ve been smiling ever since. While perhaps not representative of the bog and mire of hard times, what a delightful way to think of this good earth.
--The merry clay of Chiang Mai: The resort where we stayed was set in the middle of a huge botanical garden that included a series of small lakes, joined by streams that flowed around tropical trees and flowers. This was merry clay indeed, full of beauty and grace. Insect song and the calls of strange birds added to the mystery and gave a new setting for worship. We walked every day and continued to discover new paths through the forest. 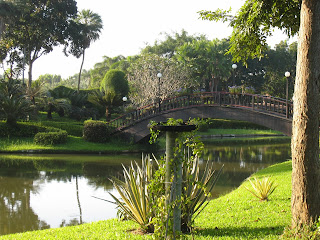 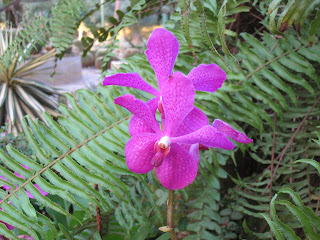 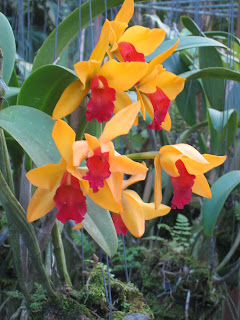 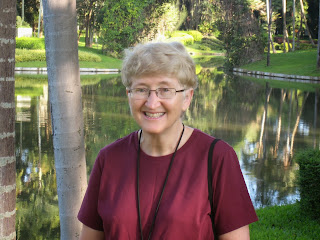 --Thai hospitality: I love the Thai greeting, hands folded and head bowed as if in prayer. Maybe I’m romanticizing, but it seemed to communicate a reverence for the presence of another person. Our welcome was warm, the food amazing. Of course we only got a glimpse of this complex culture, but my desire to know and understand more has been kindled. I suspect I would find grace upon grace.
--Friendships new and old: I especially loved talking with Kathi, missionary to Ireland, and sensed the beginning of friendship. But I also savored those afternoons when the EFM missionaries and staff had their coaching sessions, leaving us Quakers from other yearly meetings free to do whatever we wished. The “whatever” we chose was to meet in the coffee shop--Johan, Becky, Hal and me, iced Thai chai, yoghurt smoothies and great conversation. 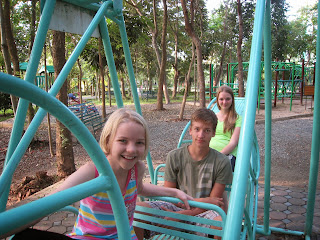 --Another family fix: Of course part of the allure of this trip was knowing that our Rwandan kids and grandkids would be part of the event. This was their territory, as David and Debby serve under EFM, the sponsors of the event. It was good watching them interact with their cross-cultural team members. And having another chance to run around with Aren, Gwen and Alandra was honey to my spirit. Again, grace upon grace.
--Home again, with memories that make me smile.
Thank you, Lord.
Posted by Nancy Thomas at 8:02 AM 3 comments: