We’re home again, but I’m still under the spell of Bolivia. Certain images swim through my mind, and one of these is of Aymara women and their beautiful clothes. Here is one area where the Quaker testimony of plain clothes has not caught on. Cultural aesthetic values tend toward bright colors and glitter. Perhaps that has to do with the harshness of the natural context, at least on the high plains where most of our Friends originated.
A beautiful shawl tells people, “I’ve arrived. I’m important.” Even among Quaker women. It also tells people the family is prosperous enough to purchase one of these costly garments. And some of the shawls are homemade, of course—knitted, embroidered or appliqued.
If the Quaker value for understatement and plainness is to catch on here, it has to come from within the culture, not imposed from the outside. In the meantime, I, personally, enjoy the display.
Following are photos taken during yearly meeting or in a Sunday morning worship service. Some of the ladies are friends of mine, others are strangers. 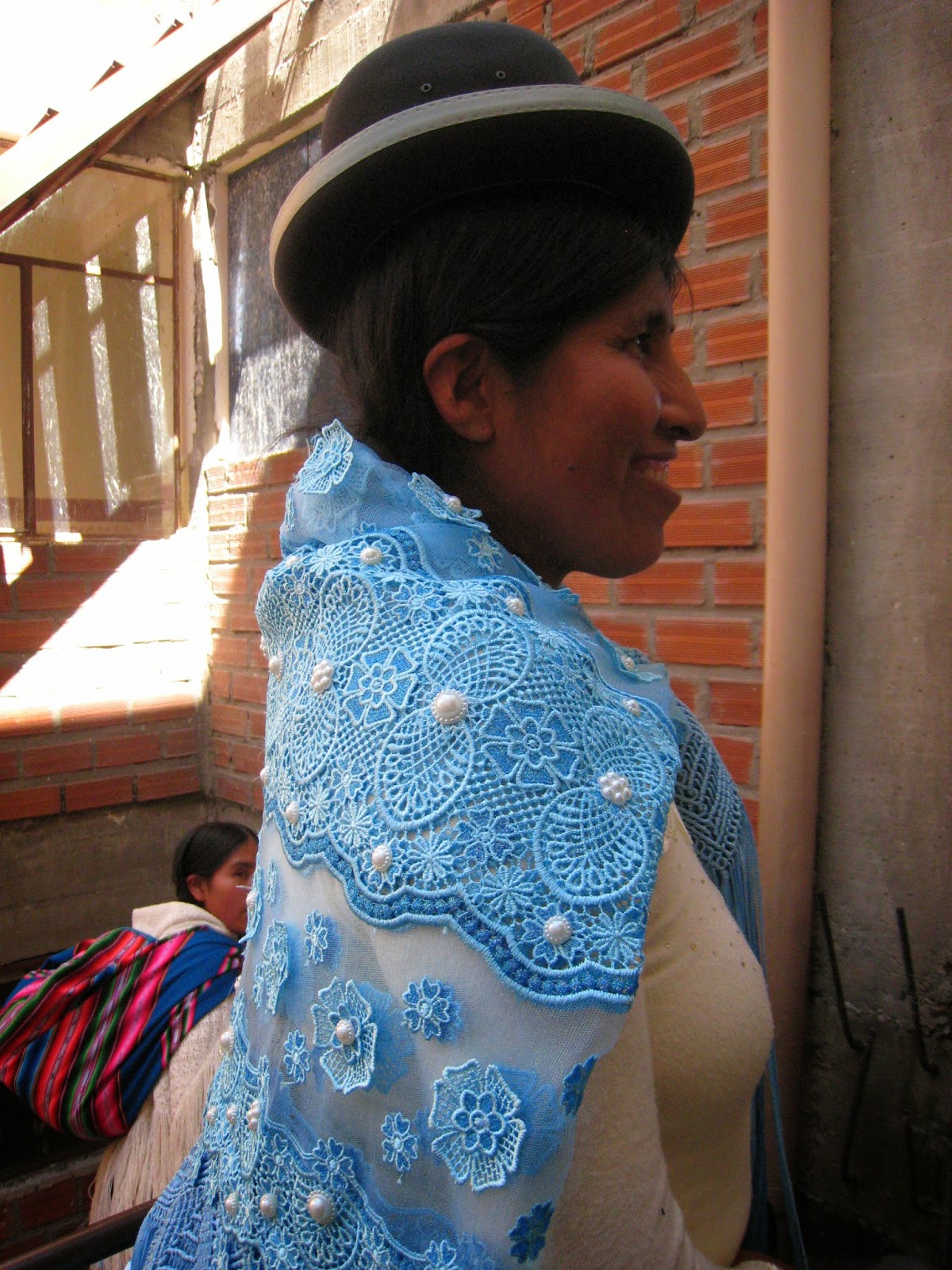 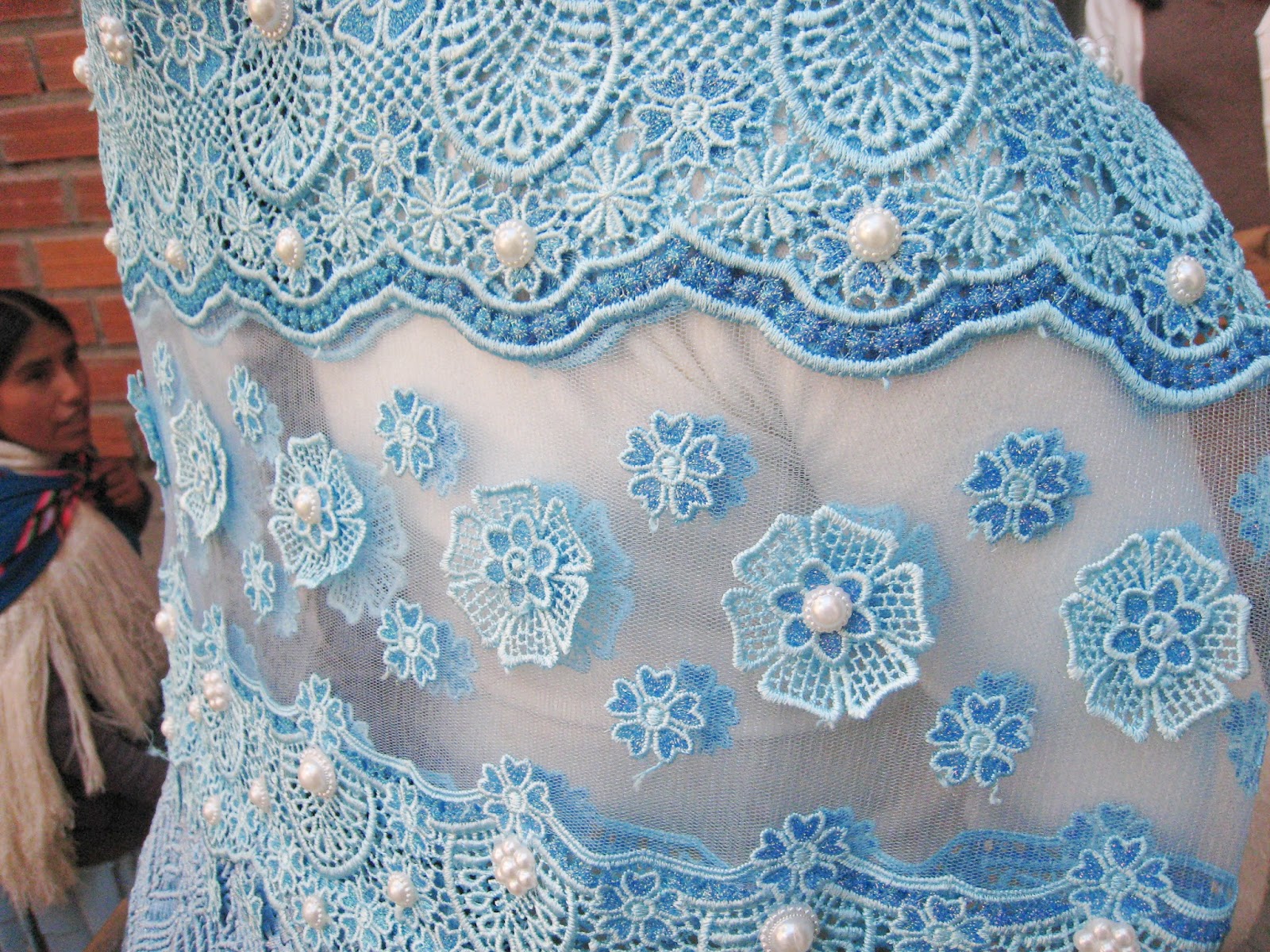 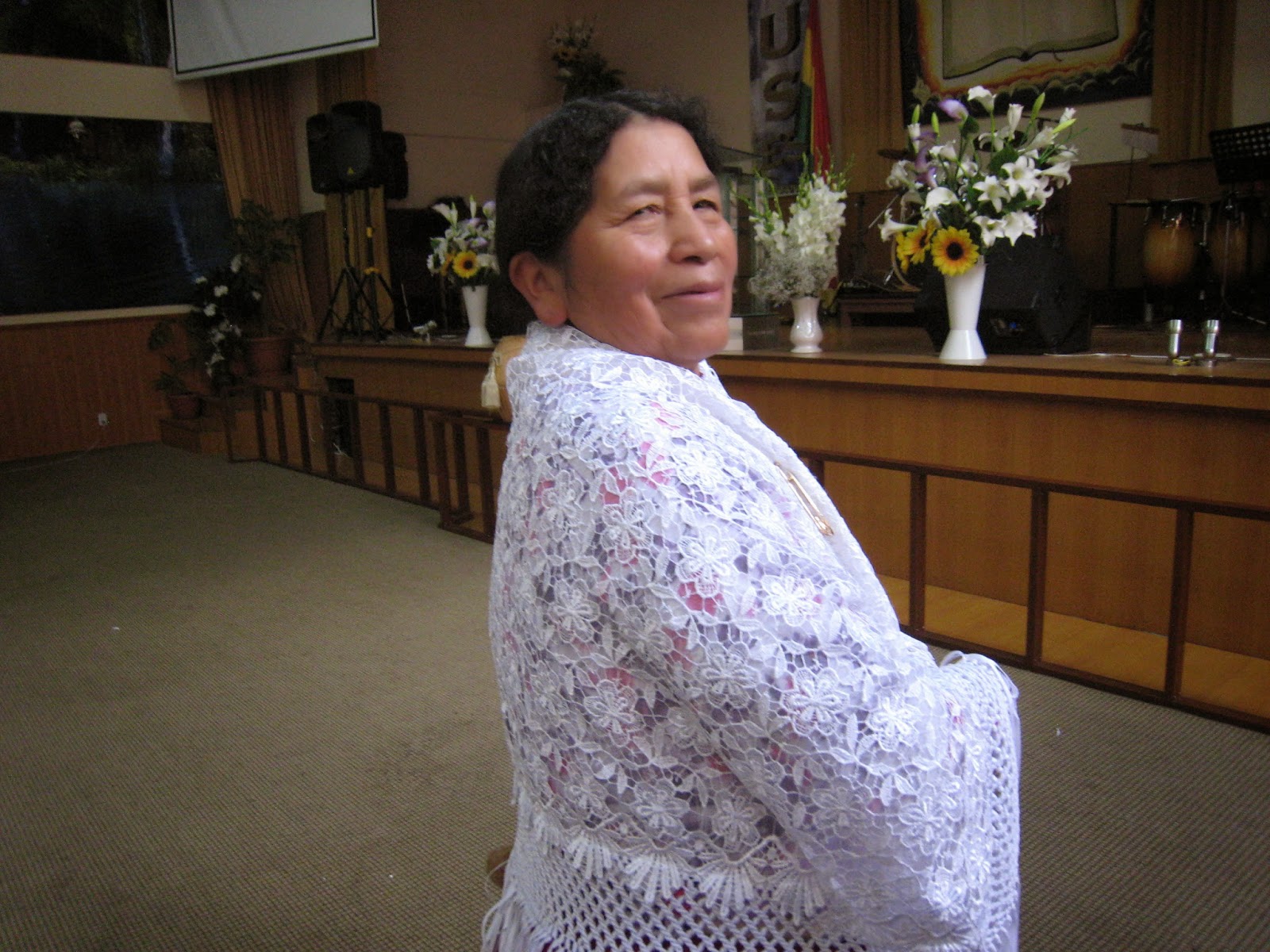 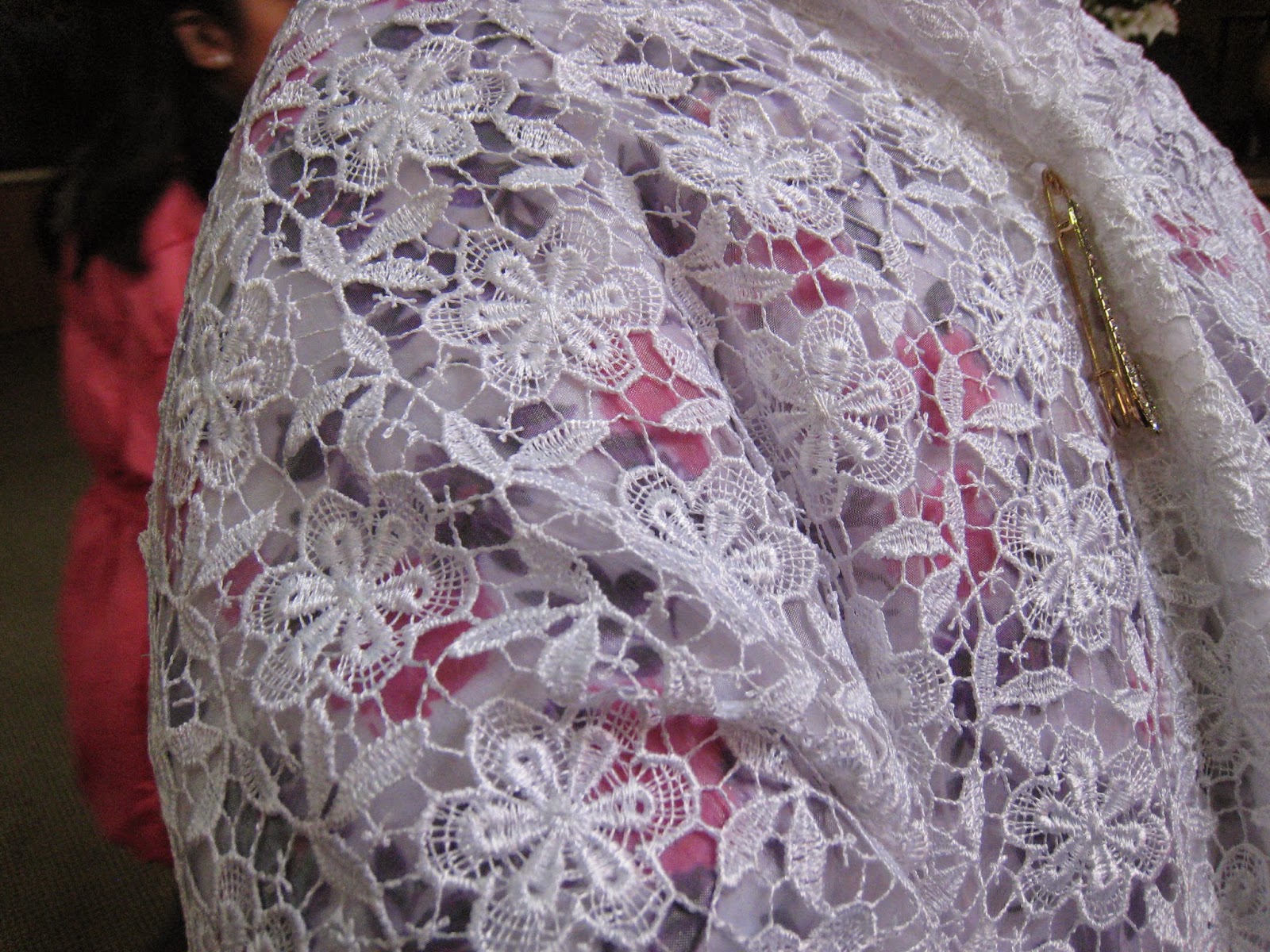 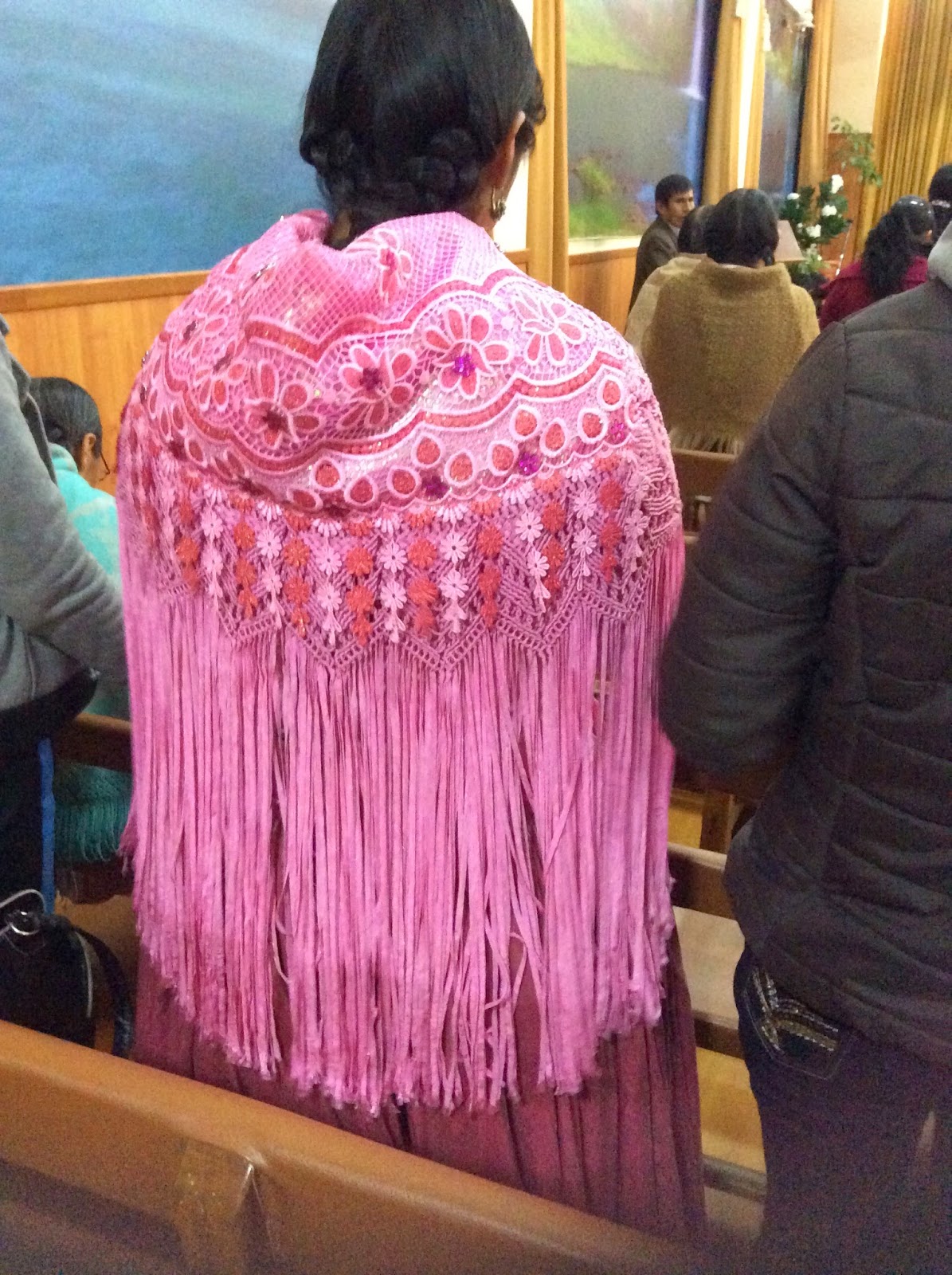 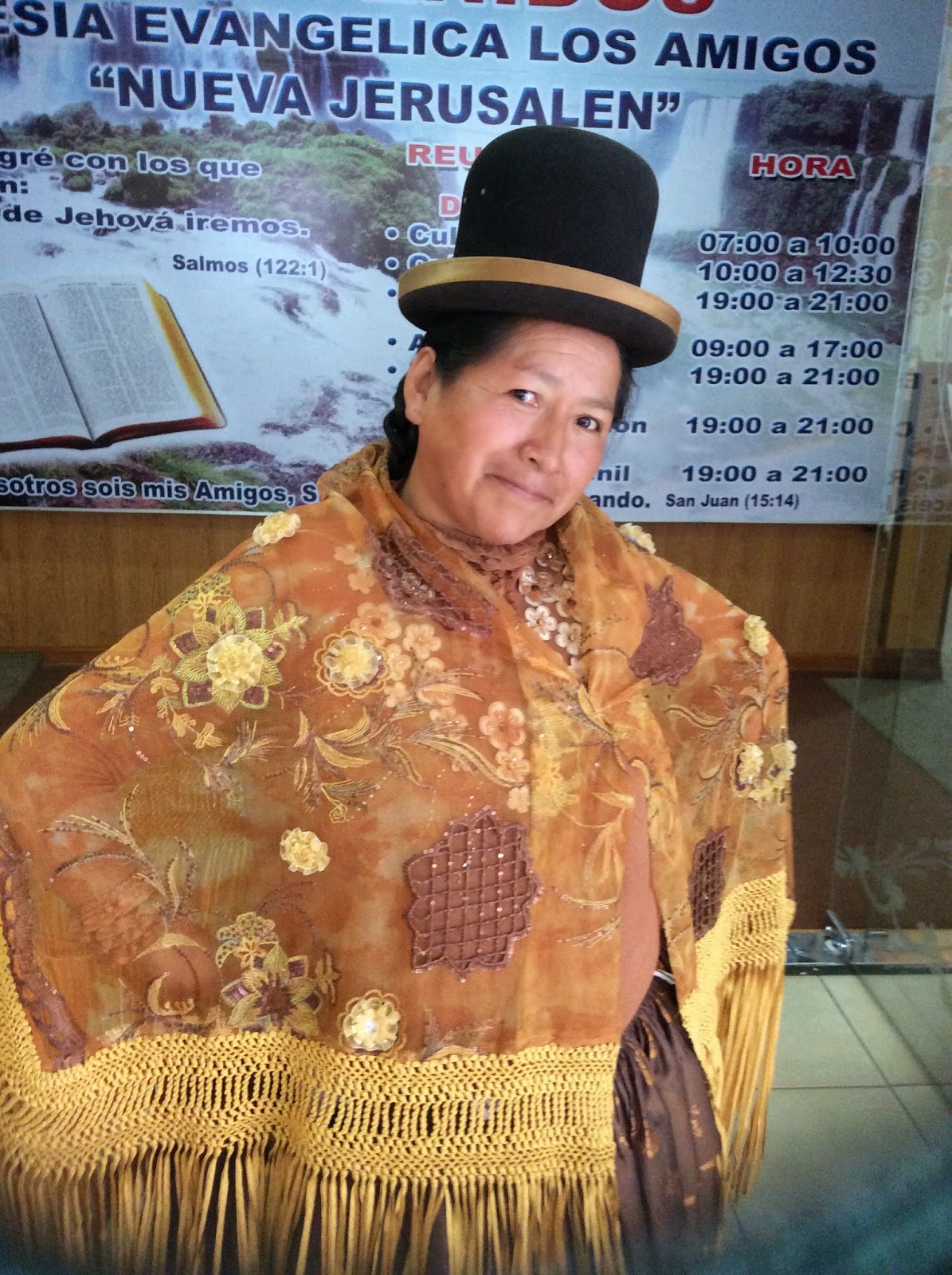 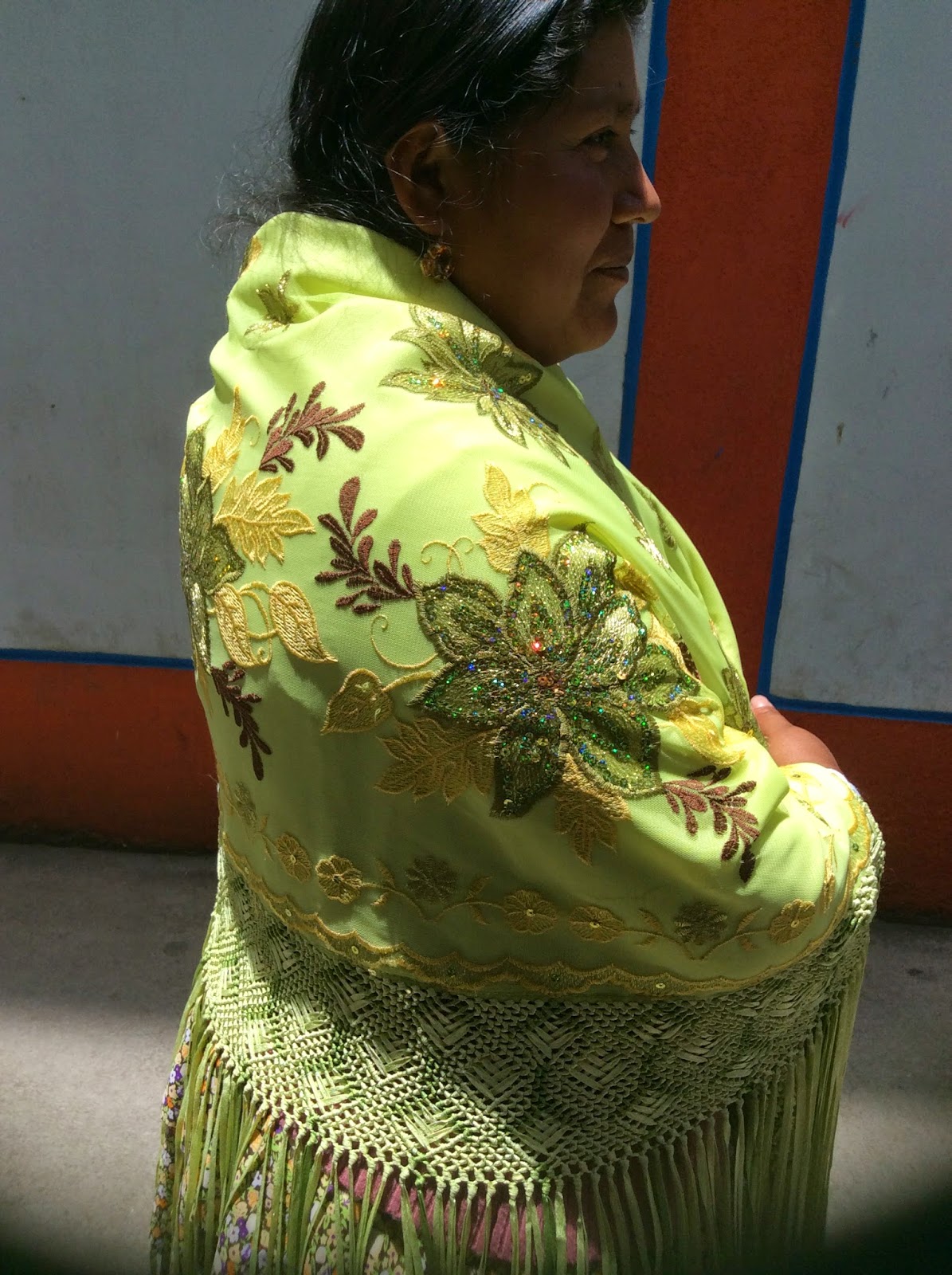 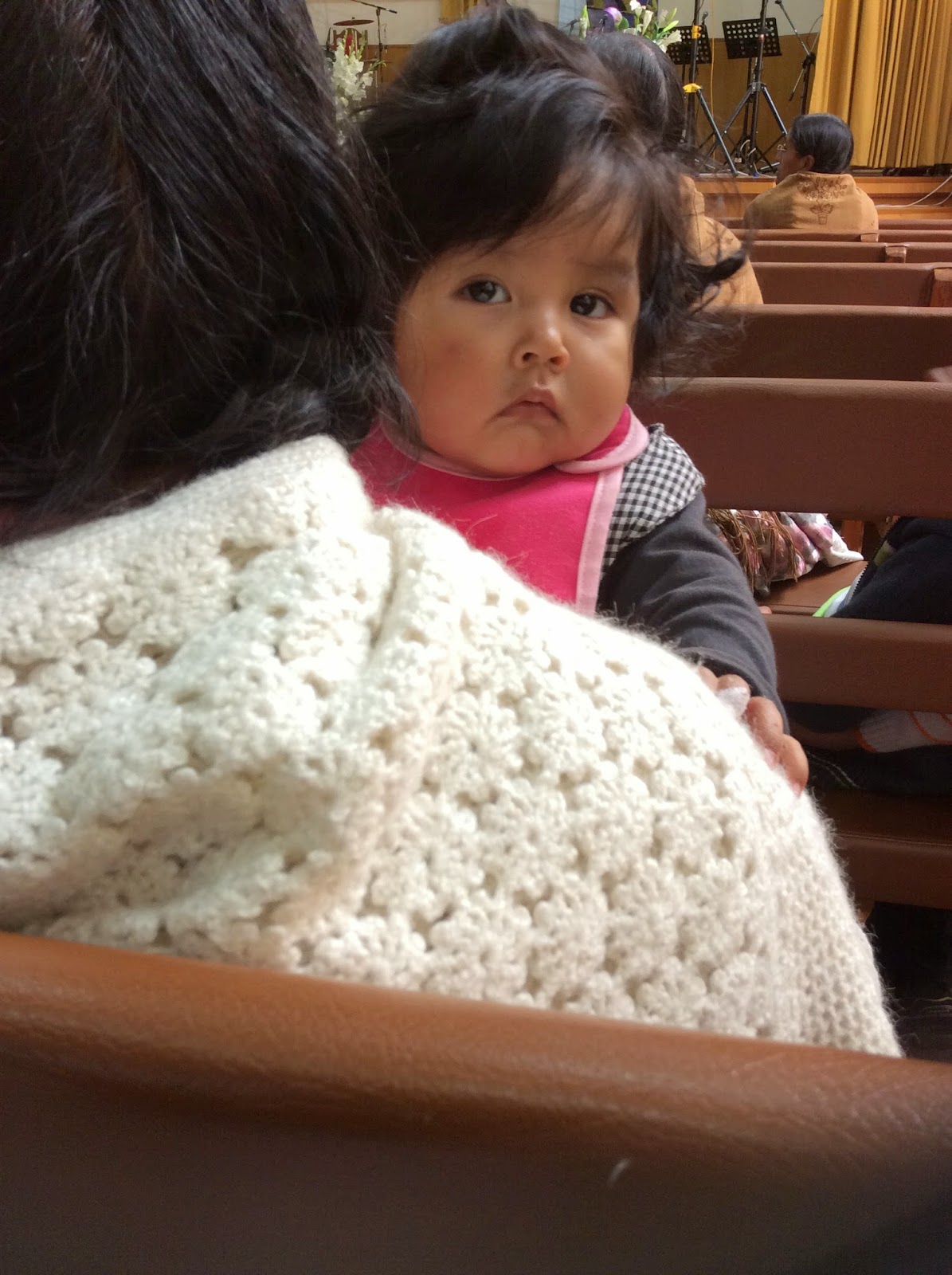 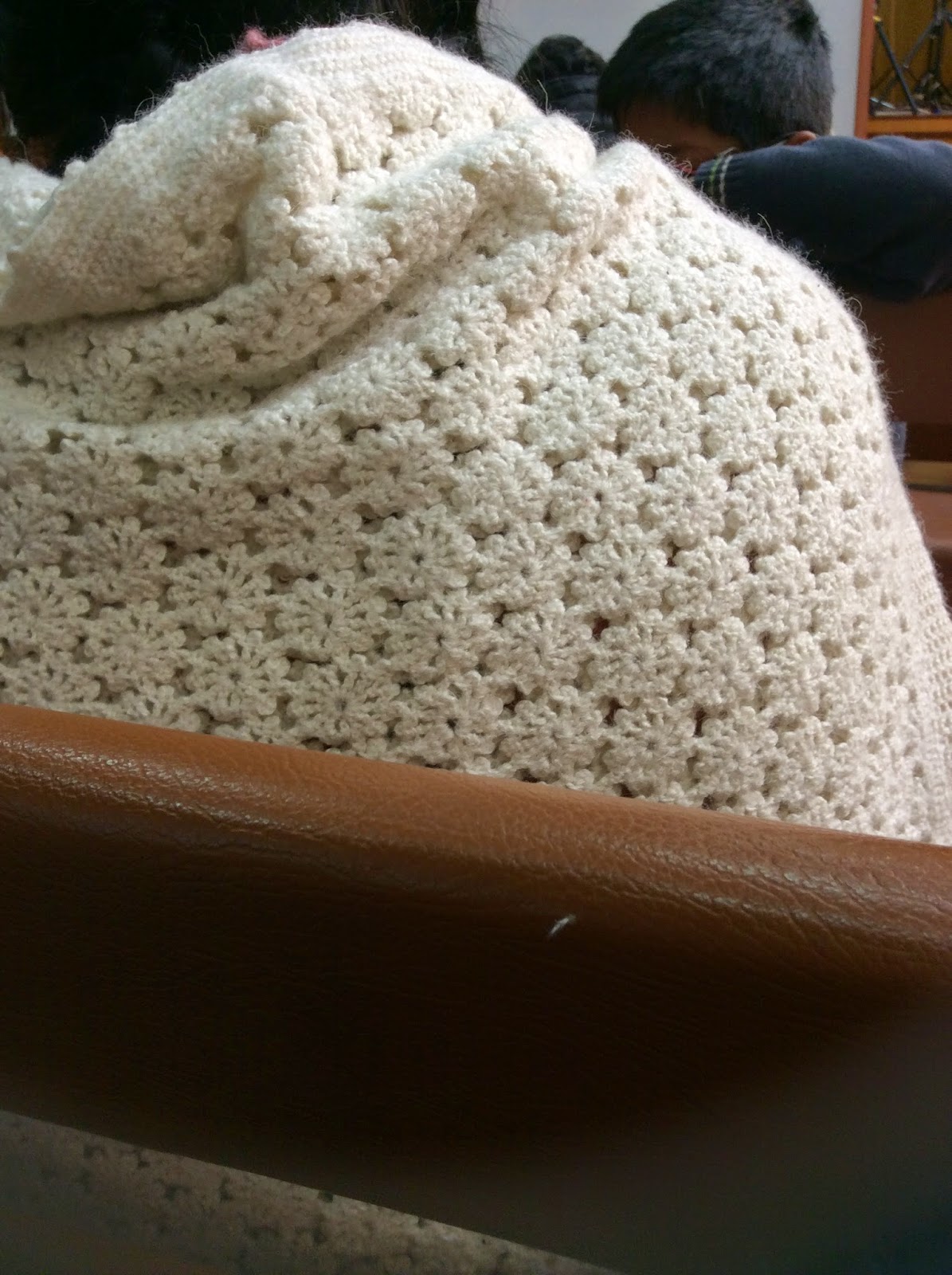 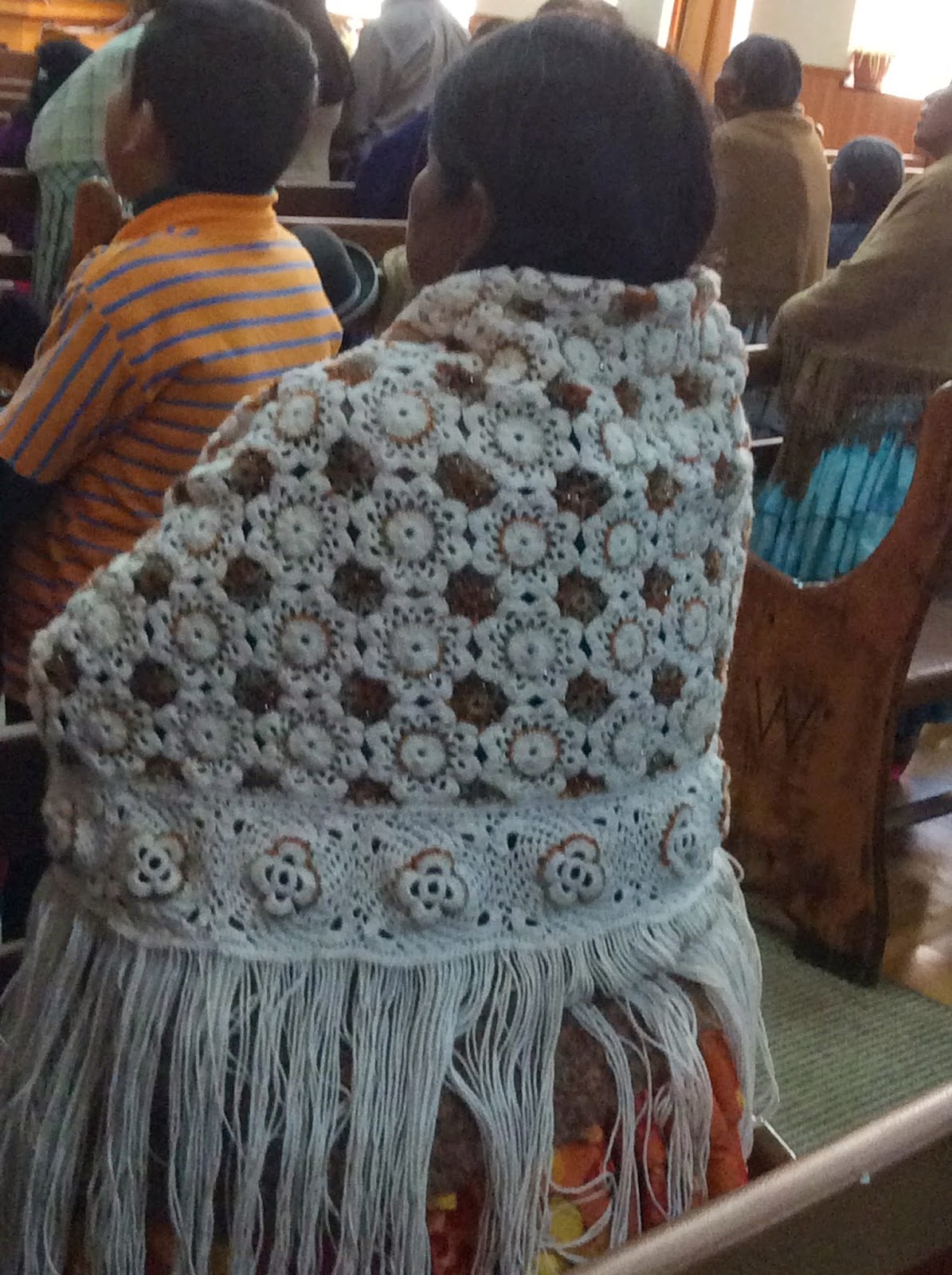 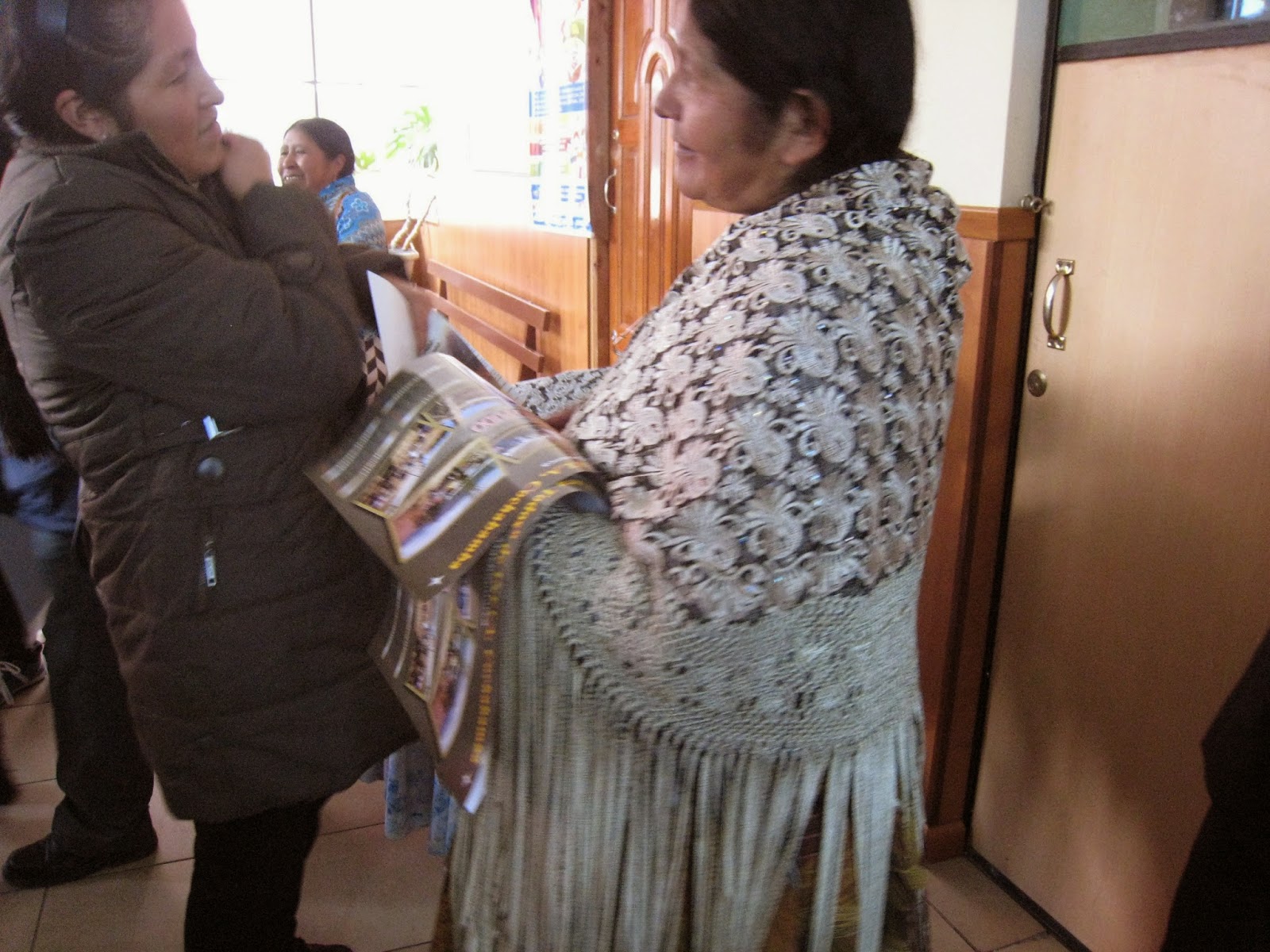 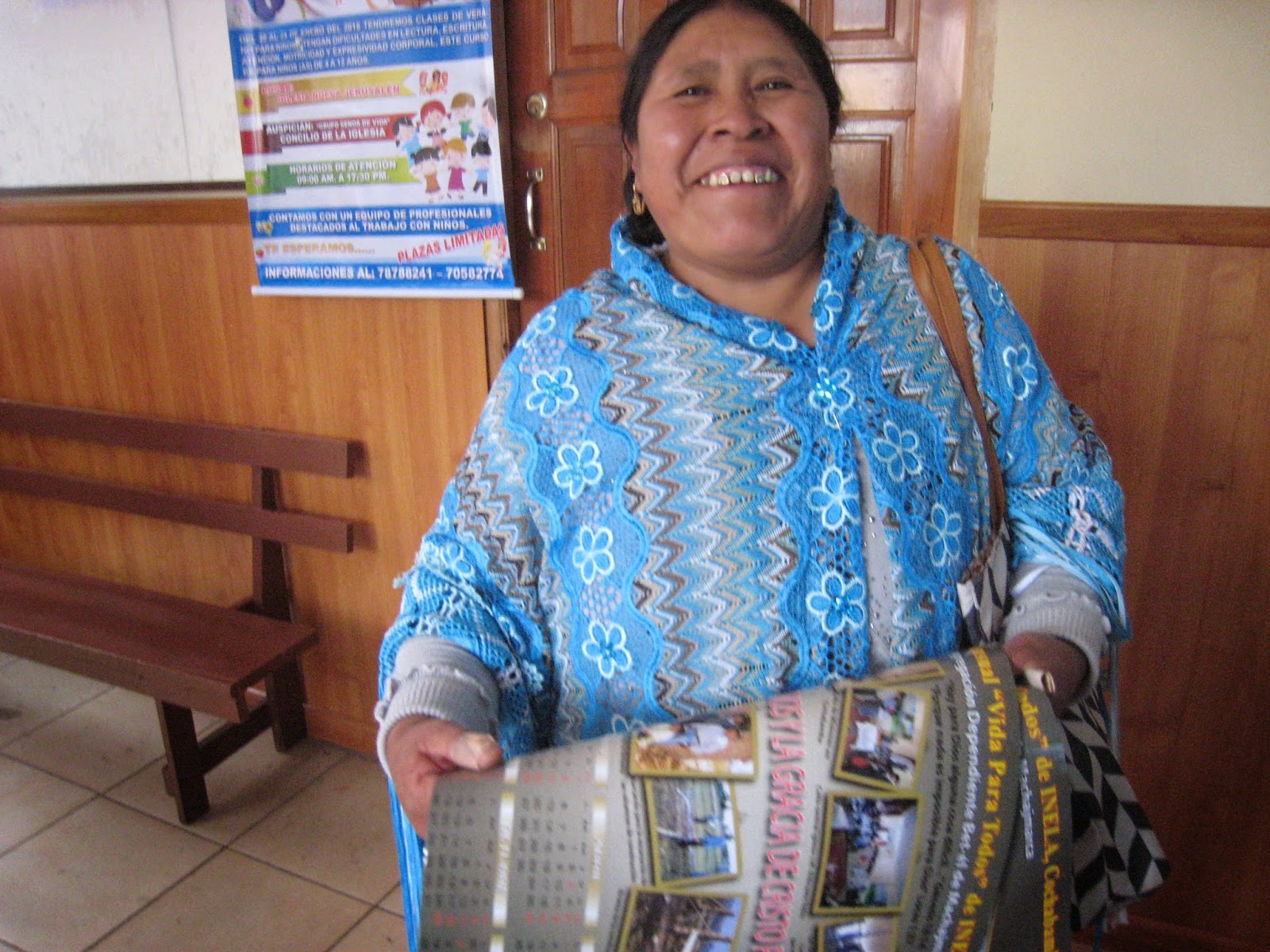 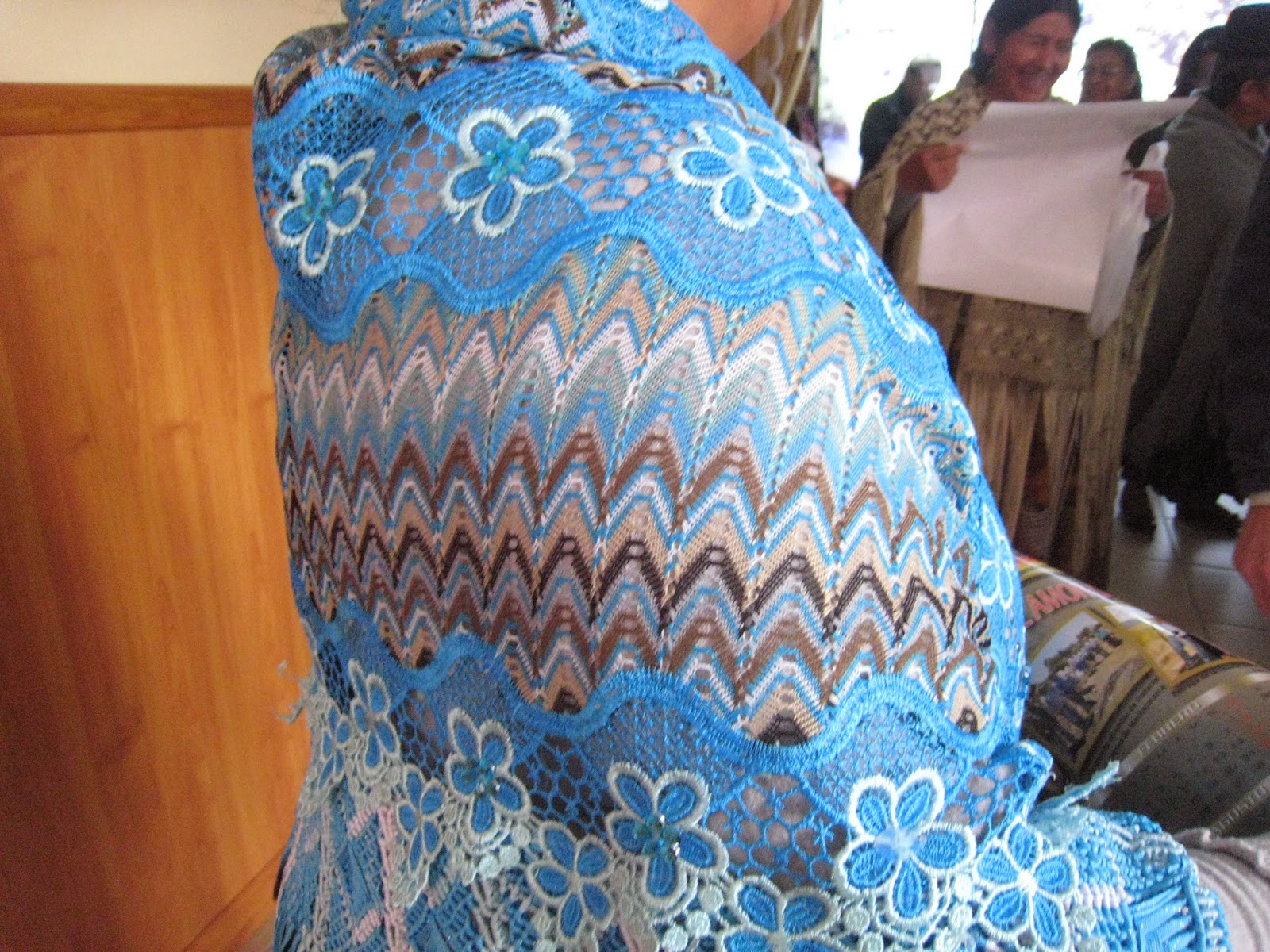 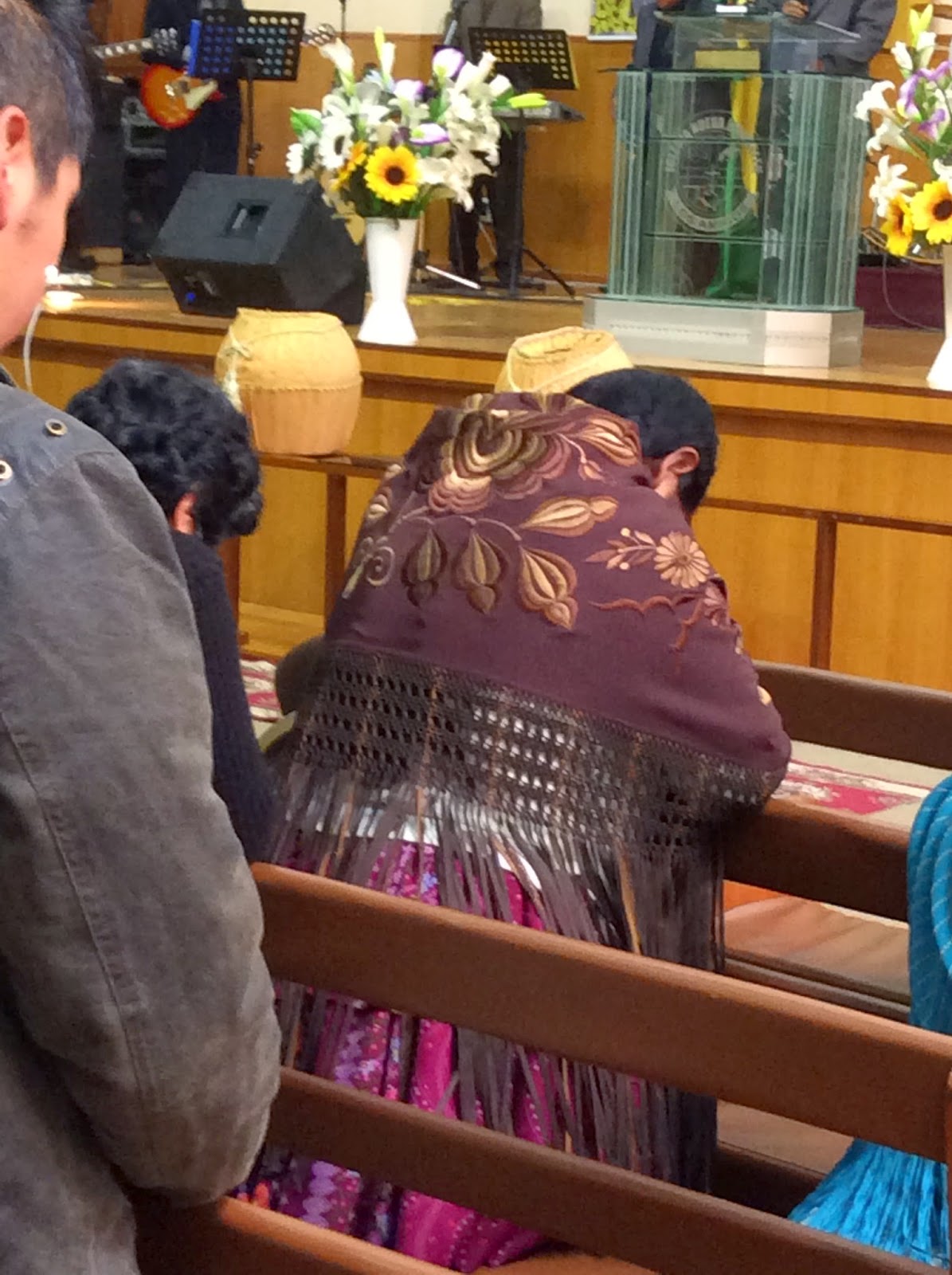 
It was the discovery I had been working for, digging through the archives of these Bolivian Quakers. I held the file folder in my hand and grinned. Now I would at last be able to unlock the secrets, bring to light the hidden facts.
But as I looked closely at the folder, I realized that before opening it, I had to remove the small blocks of cheese that marred its surface. So one by one, I pried them loose, and the folder revealed its true form. It was a turret, part of a fortress intent on guarding its secrets from all foreign invaders. There would be no discoveries for me today. Thwarted. Again.
Then I woke up.
I think it’s time to come home. We’re now completing our eighth week here in La Paz, working in the files, interviewing people, wondering, searching, writing. I frequently wake up dreaming about some aspect of this project. Usually my dreams are more positive.
Yes, it’s time to come home.
One of the challenging aspects of this project has been finding written documentation in an oral culture. For the first years of the years of the history of the Bolivian Friends Church (INELA), 1919-1950, there are no written records from the Bolivian perspective. Early missionaries wrote home, but here in La Paz, the archives for those years don’t exist.
So we interview. Oral history, the collective memory of a people, is fascinating and a valid source of data. But it can also be a bit shakey. Poke the details, and they vanish, leaving residues of historic dust. When we bend down to poke around in the dust, tiny footprints hint of a path and bid us follow.
One of the dusty footprint paths we’re following has to do with the story of an Aymara man named Cruz Chipana, a leader in the community of Amacari on Lake Titicaca. Apparently he heard the gospel story and became a disciple of Jesus long before the Quaker testimony reached Bolivia. He built up a small group of converts who gathered clandestinely to talk about Jesus and pray. One source (whose grandfather was part of that group of secret believers) says they chewed coca leaves as a way to enter into worship. In 1924 when Juan Ayllón, the first Quaker missionary, visited this group, they were primed and ready to become a Friends meeting. Today they are one of the strongest Friends Churches in the lake district.
We’ve found four oral sources for this story, and while the common threads in the different versions encourage us with hints of truth, the details vary considerably. So we keeping looking and listening and asking and knocking.
Such fun.
Our constant prayer: “Lord, lead us to truth. Grant us the discoveries and insights that will not only give a clearer picture of the past, but that will also help supply your people with a vision for their future.”
Today we begin packing up our stuff, straightening and cleaning the office, making sure the scans are all backed up. Sunday afternoon we have our last team meeting. Our Bolivian colleagues remain behind to carry out the field research, while we go home to Oregon to scrounge around in the yearly meeting mission files and try to raise funds for the project. We’ll encourage each other via monthly Skype team meetings.
And we’ll keep praying for those fortresses to be brought down, for truth to prevail.
Posted by Nancy Thomas at 5:41 AM 3 comments:


When I spend extended time abroad, as in this current two-month trip to Bolivia, part of my strategy for relaxation and relief is reading. My Kindle lets me bring along a whole library, and part of the fun of preparation is choosing what new books to include.
This time my repertoire includes two murder mysteries by Dorothy Sayers, friend of C.S. Lewis, Charles Williams and J.R.R. Tolkien, and member of the Inklings, the literary group these remarkable writers formed in the first half of the 20th century.
Sayers’ mysteries are not overtly Christian, other than the fact the justice is always served, and right and wrong are clearly delineated (eg., murder is always wrong.) What I especially enjoy is the person of Lord Peter Wimsey, a staunch member of England’s upper crust, and a brilliant amateur detective. He works through impeccable logic to puzzle through the pieces of a mysterious crime, but he depends on intuition to arrive at the aha! moment that actually solves the riddle. He reminds me most of Chesterton’s Father Brown, the priest who also is a brilliant amateur detective. And just as dryly funny.
Lord Peter Wimsey (great name!) gives off these wonderful asides of wisdom as he goes about his crime solving business. One of these especially struck my fancy (interesting phrase) last week. Wimsey is reflecting on his mother, an extremely upper-crusty Duchess, and he observes that, “Time and trouble will tame an advanced young woman, but an advanced old woman is uncontrollable by any earthly force,” (from Clouds of Witnesses).
I wonder if Sayers was writing about herself? At this time in my life, the idea of “an uncontrollable advanced old woman” appeals to me. Is this something to aim towards? Maybe. Maybe not.
At any rate, thank you again, Dorothy Sayers. Something to think about.
Posted by Nancy Thomas at 5:29 AM 1 comment: