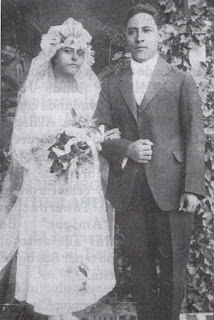 Of the many books I read last year, these impacted me the most. As usual, this is not a list of books written in 2018, but of the ones I read last year. For some reason, I concentrated more on non-fiction, especially memoir. 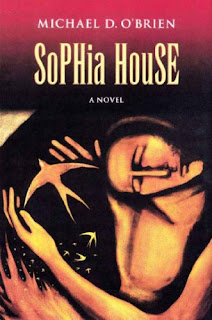 Michael O’Brien, Sophia House (2005): Set in Warsaw during the Nazi occupation, a bookseller risks all to give refuge to a Jewish boy who proves to be a precocious seeker after truth. Through their long conversations in the dangerous setting, Pawel, the bookseller comes back to his own faith. A moving story.
Jane Kirkpatrick, Emma of Aurora: A Clearing in the Wild (2006), A Tendering in the Storm (2007), A Mending at the Edge (2008): Trilogy based on the real history of a Christian colony from Michigan (on the verge of becoming a sect) moving to Washington and finally to Aurora, Oregon. The story of one woman’s growth into maturity and compassion. Promotes the values and rights of women without being stridently feminist.
Ursula Hegi, Stones from the River (1994): Story of Trudi, a dwarf, in Germany during the rise of Hitler. Small town life of a marginal person, while larger issues surround the village, making many people (a whole race) marginal. As an adolescent, Trudi was molested by some boys her own age (including one who had been her friend), and in anger she throws stones into the river. Later, she uses stones from the river to name people and events in her life and to build an altar. Gradually as she matures, she learns tolerance and forgiveness. 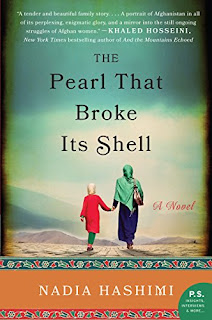 Nadia Hashimi, The Pearl that Broke its Shell (2014): By an Afghani author about the sufferings of women under Islam. The stories of two girls, separated by a century, one the great-great grandmother of the other, interweave. Both suffered under the rule of the men in their lives, both lived for a time disguised as boys, and both found ways of escape. Good writing, important themes, cultural insights.

Non-Fiction
Clodaugh Finn, A Time To Risk All (2017): The sub-title reads, “The incredible untold story of MARY ELMES, the Irish woman who saved children from Nazi concentration camps.” This is a good academic biography that focuses on Elmes’ time in Spain during the Spanish Civil War and in southern France during World War II. It’s an incredible story, but doesn’t go much into Elmes’ personal life, probably because she was such a private person and no personal records remain. She worked for Quakers, but her own commitment to Quakerism is unclear. 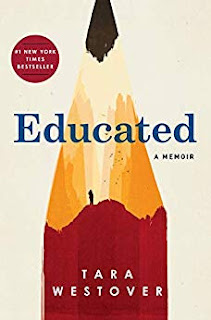 Tara Westover, Educated: A Memoir (2018): Amazing memoir about what it means to be poor in the context of a right-wing cult in America. About the role of education in breaking free and coming to live an expanded and full life. Powerful.
Kathleen Norris, The Virgin of Bennington (2001): One of my favorite books this year, this is Norris’ memoir of her college years at Bennington (where she finally lost her virginity as well as her faith, but discovered poetry), and her years in New York working at the Poetry Academy and learning more about the life of a poet, struggling, and finally deciding to leave New York for her grandmother’s ancestral home in North Dakota. Good insights about poetry and poets and mentoring.
Jamie Wright, The Very Worst Missionary: A Memoir or Whatever (2018): Wright’s typical rant against Christian missions, based on her very limited experience as a missionary for two or three years in Costa Rica. She seems to be trying to shock. She’s a skillful writer and an intelligent person, but arrogance may be her downfall. She makes some good points but needs to broaden her experience and read some history. Even so, I enjoyed the book.
J. D. Vance, Hillbilly Elegy: A Memoir of a Family and Culture in Crisis (2016): Excellent and insightful on the situation of the poor white working class in Kentucky, Ohio, etc. Vance reflects on the factors that provided a way out for him, mostly people like his grandparents who genuinely loved him and others who provided a positive example. He talks about his ongoing battles to resist his learned responses to conflict (shouting or escaping). The book illustrates the power of the environment of poverty, but shows that it is not necessarily destiny. 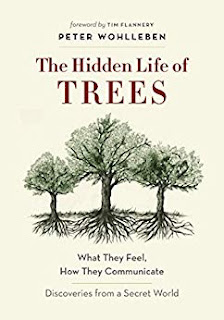 Peter Wohlleben, The Hidden Life of Trees: What They Feel, How They Communicate, Discoveries from a Secret World (2016): One of my favorites this year, this is an excellent non-fiction study by a German tree scientist about the complex underground connections (fungi) between trees in an old growth forest. It deals with the differences between and old growth and planted forests, the slowness of healthy growth, how trees handle disasters—storms, fires, beasts, humans (the worse), how they feed each other, how they share—or don’t share—light, how they migrate when necessary. Much more complex than I ever dreamed.
Bob Woodward, Fear: Trump in the White House (2018): A hard and terrible book to read, but an important one. Woodward carefully documents details of Trump’s behavior, confirming the suspicions I’ve had of a childish, stupid and very dangerous and controlling man. It’s important that this is documented. God have mercy on us and on the whole world.
Douglas Preston, The Lost City of the Monkey God (2017): Non-fiction, story of the discovery of two large pre-Columbian cities in the Honduran rain forests. The difficulties of working in the snake and bug infested atmosphere, the importance of the discoveries (still happening), etc. The book shifted emphasis to the disease of Leishmania braziliensis caused by sand flies, which the author and others on the expedition contracted, with life-threatening and life-long consequences. Discussion as to what caused the sudden demise of the cities, and the effects of diseases, both from the Old and New worlds.
Lisa Ohlen Harris, The Fifth Season (2013): The subtitle is, “A Daughter-in Law’s Memoir of Caregiving.” The events happened in Texas but the author has since moved to Newberg where I live. An excellent book and a compassionate story that doesn’t withhold or gloss over the hard stuff. Well written.

Poetry
Jane Kenyon, Otherwise: New and Selected Poems (1996): I love her poetry and find it accessible, much of it based on the ordinary stuff of life.
James Wright, The Branch Will Not Break (2011) : I love the title and the poem it’s based on, about waking up after a hangover (and more). Others I love include “Trying to Pray,” “Beginning,” and “Lying in a Hammock at William Duffy’s Farm in Pine Island, Minnesota.”
Scott Cairn, Endless Life: Poems of the Mystics (2014): Cairns takes the writings of some of the church Fathers and Mothers (many of them Orthodox, as he is) and turns passages into contemporary poems. Good devotional material. 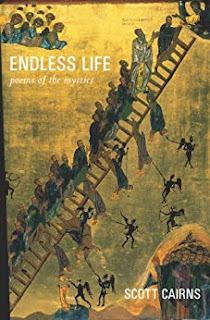