I can lose myself in a book, but, better than that, I can also find myself. This is the list of my favorite books read during 2016, whatever year they were published in. A few of them fall in the finding-myself category.

Fiction
Elizabeth Goudge, The Bird in the Tree (1940): An old book by a favorite author. The protagonist is an grandmother, and the plot circles around family and difficult choices of the younger generations. Goudge’s writing is thick with description of the land, the birds, the forest, and the people, and rich in insights about human nature. Definitely old-fashioned but worth reading again.
Oliver Potzsch, The Hangman’s Daughter (2010): A grim but fascinating historical novel, based on the author’s ancestor who was the hangman (torturer of confessions, executioner) in a medieval German village. 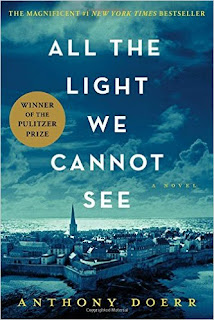 Anthony Doerr, All the Light We Cannot See (2015): One of my favorites, this amazing and beautiful story is set in World War II, on Saint Malo, a city island off the coast of France that was destroyed by the Germans toward the end of the war. The story follows the lives of two children, a blind girl in France and an orphan boy from a stark mining town in Germany. Both have minds awake and a hunger to learn. Their lives come together on the island. The book stokes the fires of longing for kindness, grace, and all the light we cannot see.
Emily St. John Mandel, Station Eleven (2014): A well-written futuristic fantasy of the survivors of a pandemic flu that kills 99% of the earth’s population. The story weaves back and forth in time, following the lives of several protagonists who eventually come together to build a new civilization.
Ruta Sepetys, Between Shades of Gray (2011): A young adult novel about a 15-year-old Lithuanian girl in 1941, at the time of the Soviet take-over of the Baltic countries. The author draws from stories of her own family members. It shows the courage of the human spirit at its best, human cruelty at its worst, and always hope, like the line of sun on the horizon after the long Artic winter, showing between shades of gray.
David Wroblewski, The Story of Edgar Sawtelle (2008): A remarkable about a mute boy on a Wisconsin farm and a family that raises and trains dogs. A coming-of-age story involving an escape from home and a return to face old tragedies. 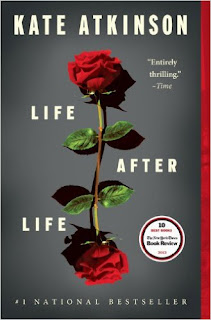 Kate Atkinson, Life After Life (2013): A strange but compelling novel that explores the possibility of returning to life, after death, to try to “get it right.” The book sashays back and forth in time from Ursula’s birth in 1910 where in her first life she dies shortly after birth. Each section takes her on to her death, occurring at a different point in her life. What stood out to me were the small decisions and incidents that made all the difference, the gravity of the seemingly insignificant.
Carol Shields, Unless (2002): The protagonist is a writer struggling with her second novel and the real life trauma of her homeless non-responsive daughter. The chapter titles are all connecting words or phrases such as “unless,” “although,” “not yet,” “thus,” and so on, giving the idea of being somewhere in the middle, neither subject nor predicate, a person on hold from life. Beautifully written, clever observation of detail, stimulating reflections.

Non-Fiction
Scot McKnight, The Blue Parakeet (2008): Helpful book about hermeneutics, taking into account how we all pick and choose what we ignore in the Bible. Gives criteria for reading the Bible in its original context and interpreting it into our contexts. Especially encourages careful consideration of “blue parakeets,” those troublesome passages we normally try to overlook—about women, war, sexuality, etc.” Could be helpful to NWYM at this time. 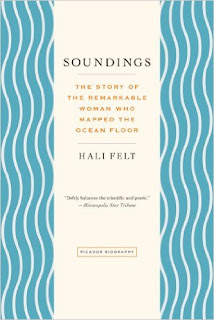 Hali Felt, Soundings: The Story of the Remarkable Woman Who Mapped the Ocean Floor (2012): story of Marie Tharp who fought the odds as a woman to be an oceanographer. I’d never heard of her before. Between 1950 and into the 1970s, she mapped the entire ocean floor and in that process discovered the rift valley that circles the globe, today known as the Mid-Oceanic Rift.
William L. DeArteaga, Agnes Sanford and her Companions (2015): The subtitle is, “The Assault on Cessationism and the Coming of the Charismatic Renewal.” Fascinating history of one of the most important, and unrecognizeed, theologians of the 20th Century. She is one who brought healing back to the church. Her work was formative for Hal and me as we started out on our adventures as cross-cultural servants of the Kingdom.
Eric Metaxas, Seven Women and the Secret of Their Greatness (2013): Brief biographies of Joan of Arc, Susanna Wesley, Hannah More, Saint Maria of Paris, Corrie ten Boom, Rosa Parks and Mother Teresa. Inspiring and informative. I seem to have focused on biographies of women this year.
Marie Kondo, The Life-Changing Magic of Tidying Up (2014): Hal and I enjoyed reading this as an exercise in cross-cultural perspectives, noting all the worldview issues coming from an Eastern culture with an animistic background (although the author is a modern urbanite). We chuckled at the idea of rolling up your socks in such a way that they sense your gratitude for all they do for your feet...and so on. But I also found the book helpful and encouraging as we faced the ongoing tasks of decluttering and organizing.
Dallas Willard, Hearing God: Developing A Conversational Relationship with God (1984, 1999): This is a book I plan to regularly re-read. It encourages me in my relationship of intimacy with God.
Esther: I read the biblical book of Esther in November and found it helpful as I looked back on the whole election year, and now, as I wrestle with the results of the election and the future of our nation. The story of a capricious, foolish, impulsive, rich, immoral but powerful political leader and the resulting precarious position of the people in his realm gives me courage. The book gives insight about how to be the people of God in such a situation. 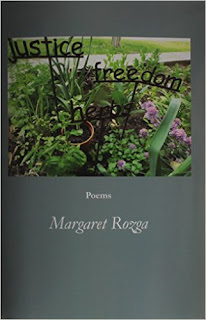 Poetry
Margaret Rozga, Justice Freedom Herbs (2015): Rozga’s poetic reflections on the social justice battles of the 60s awaken my own memories and feelings from that era. And the struggle continues. I’m glad some of the “warriors” are also poets and gardners.
T. S. Elliot: Four Quartets (1943): I continue basking in the beauty of Elliot’s language, only intuitively grasping his meaning. Little by little.


Arthur O. Roberts, Prayers at Twilight (2003): Since Arthur’s death, I find these imaginative reflections on heaven poignant. More questions and ponderings than actual reflections, of course, Arthur knows the answers now.
Posted by Nancy Thomas at 11:59 AM 1 comment: 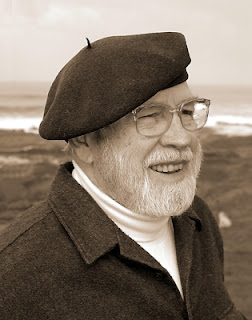