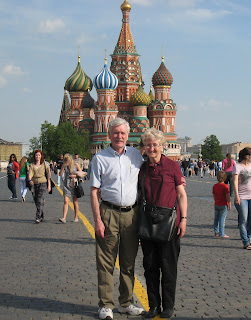 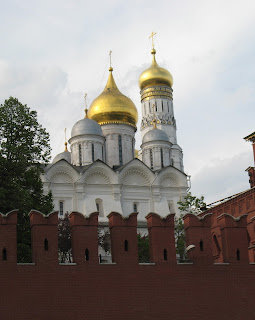 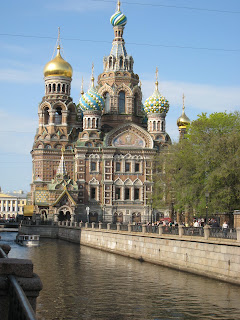 Here I just want to present some preliminary reflections on what Friends have to offer Russia. What aspects of our doctrines and testimonies would lend to a genuinely contextualized gospel presence in this place, at this time?
Part of this reflection takes place in light of the Orthodox Church, a tradition deeply embedded in the history of Christianity in Russia. This tradition today presents a paradox. In one sense, it has become largely irrelevant to the vast majority of the Russian people. According to Nathaniel Davis, ten years ago only about 1.5-3% (up to 6 million people) of the traditionally Orthodox people in the whole country attended a service on a non-holiday week, and these were primarily women in rural areas (2003, A Long Walk to Church: A Contemporary History of Russian Orthodoxy). And yet, as Davis affirms, “…the Russian Orthodox Church manifests a luminous faith. It plays a key political and spiritual role and has immense influence. It remains the largest community of believers in all but the Islamic south and east. It is one of the few institutions widely and deeply revered in Russia today.”
We had the privilege of attending two Orthodox services in Moscow and I was impressed by the sense of glory the architecture, icons, chants and pageantry produced. I also enjoyed meeting and talking with several Russian friends of Johan and Judy, one being a young woman who is a practicing Orthodox believer and others who are resentful of the tradition.
Based partly on conversation with Johan and Judy and partly on observation, I see several Quaker points of contrast to Orthodoxy that address the problems people have with the older tradition. Quakerism offers the absence of hierarchy and a community where everyone can participate, where laity and clergy merge. Quakerism also offers direct access to the Scriptures and encourages people to commune with the “Presence in the Midst.” The inclusion of justice, peace and mercy in the whole gospel message is another powerful draw, as well as the emphasis on integrity and honesty.
In common with Orthodoxy, Quakerism values the person of the Holy Spirit and contemplative devotion.
I love the Orthodox emphasis on glory, and yet as I stood in the worship services, almost overwhelmed by the beauty and pageantry, I wondered where community and personal transformation were to be found. I wondered if the priest ever looked people in the face. And I remembered that Paul’s teaching that the church is to be “to the praise of his glory” was written to the poor, marginal people who were part of the Ephesian church.
There seems to be something in Orthodoxy that corresponds to the Russian spirit. Here I’m speaking intuitively and more as a lover of Russian literature than as a person with real life experience in the culture. I think Russia demands that glory, passion, beauty and what Paul refers to as “the breadth and length and height and depth” of gospel truth be part of her spirituality. This is transcendence, and Russian Orthodoxy emphasizes the transcendent otherness of God. But Russia’s people also seem to long for the imminence of community, values that touch everyday life, and the very Presence in the midst, with or without the splendid trappings. The call may be for a gloriously splendid simplicity.
The Quaker heritage bears both transcendence and imminence in its DNA.  We are (or have been) those who quake in the presence of the wholly/holy Other One, and at the same time we are those who call themselves Friends of Jesus. Our Friendly side is alive and well. And while we may need to call down the wind of the Spirit to fan the flames and revive us as Quakers, it’s still who we are.
Is this part of what Quakers have to offer Russia?
Posted by Nancy Thomas at 10:02 AM