Concurrent with advent and our Christmas preparations, we are also preparing for our next trip to Bolivia in just under two weeks. While there we will gather our Bolivian research team for a two-day seminar on methodology, all part of the project to investigate and write the history of the Bolivian Friends Church.

I get to bring some of the devotionals for that seminar and I’m actively looking for significant biblical passages and examples. One dropped into my lap Sunday morning as Andy Henry preached from the Luke 2 story of the shepherds at the manger. While this wasn’t exactly Andy’s focus, I suddenly saw the shepherds in a new light—that of active investigators.
The insight is new, but the passage is familiar: 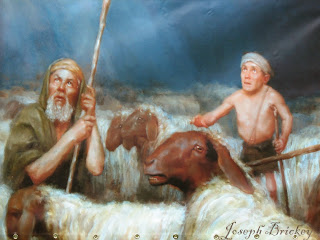 8 And there were shepherds living out in the fields nearby, keeping watch over their flocks at night. 9 An angel of the Lord appeared to them, and the glory of the Lord shone around them, and they were terrified. 10 But the angel said to them, “Do not be afraid. I bring you good news that will cause great joy for all the people. 11 Today in the town of David a Savior has been born to you; he is the Messiah, the Lord. 12 This will be a sign to you: You will find a baby wrapped in cloths and lying in a manger.”
13 Suddenly a great company of the heavenly host appeared with the angel, praising God and saying, 14 “Glory to God in the highest heaven, and on earth peace to those on whom his favor rests.”
15 When the angels had left them and gone into heaven, the shepherds said to one another, “Let’s go to Bethlehem and see this thing that has happened, which the Lord has told us about.”
16 So they hurried off and found Mary and Joseph, and the baby, who was lying in the manger. 17 When they had seen him, they spread the word concerning what had been told them about this child, 18 and all who heard it were amazed at what the shepherds said to them.
Do you see it?
--The shepherds didn’t start their investigation from scratch. They had a word from the Lord, via the angels who gave them some key clues as to what this was all about. They had a commission to check it out. God provided the foundation and starting point for their research. This was their living oral “literature review.”
--“They hurried” off.” This was clearly a research team, the subject being too big for one witness alone. 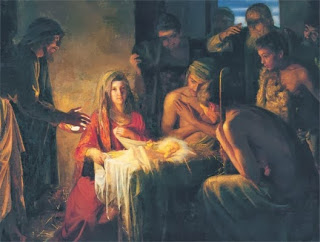 --“They hurried off.” They went. They became involved. They got up off their haunches and did something. They actively sought the reality of the angels’ proclamation.
--They went to the manger, the actual place where the event was taking place. Geography and context are important to research.
--They saw him for themselves. They sought the sign and witnessed its reality in person. Although they left their literal fields for the manger, is not this field research in the deepest sense of the term?
--They responded to what they saw and the interpretation of the event the angels provided. They “spread the word.” They published their history so that others could share in the amazement and know the transforming truth. (This is the unwritten part of the story that comes next.)
I pray that this perspective might encourage and enliven those of us involved in this huge research project set in the Bolivian Andes. It’s a place where modern day shepherds watch over their llamas and sheep. And where, I suspect, angels still serenade them.
Posted by Nancy Thomas at 10:12 AM