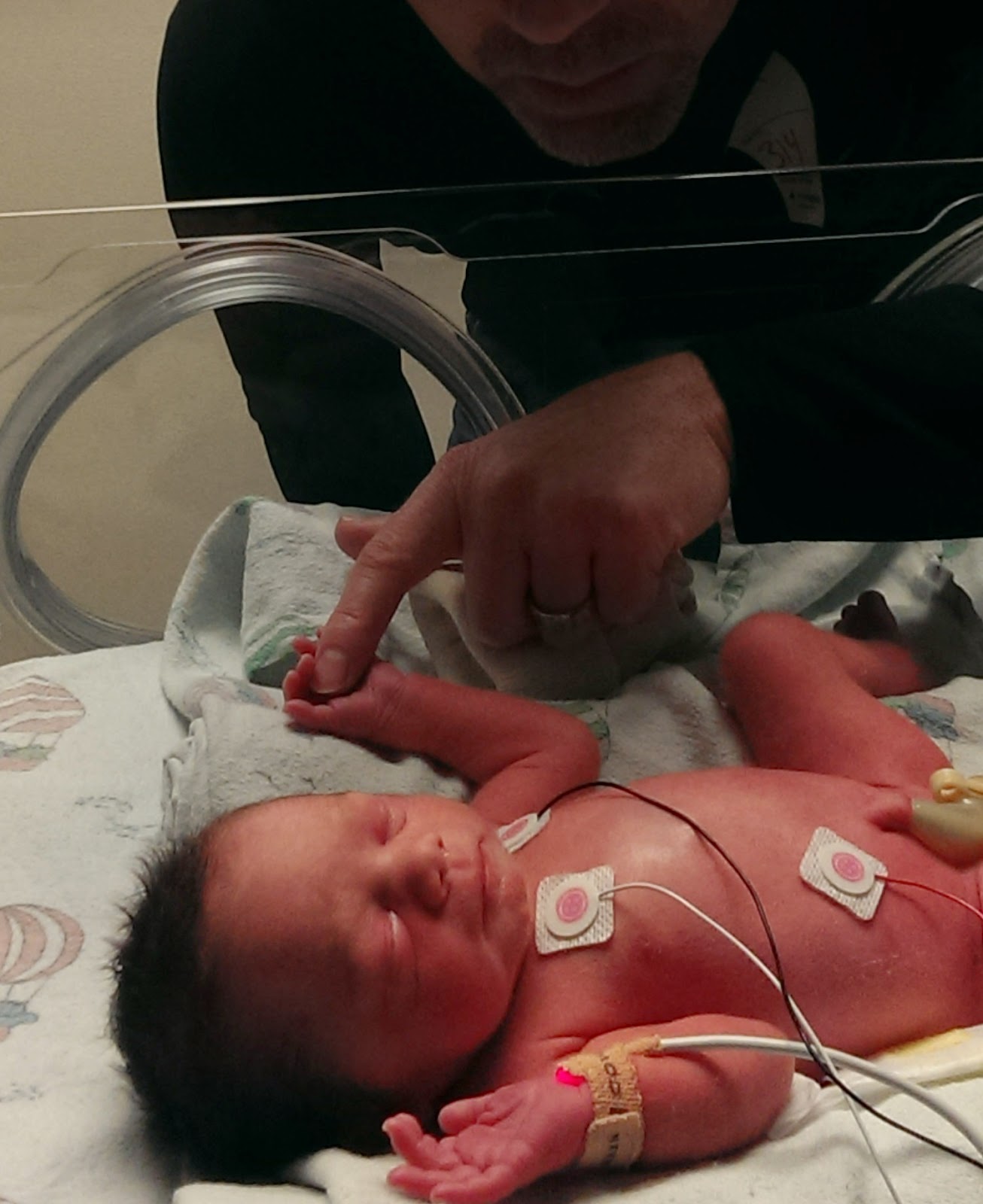 To the Impatient Child
(a poem that is really a prayer)
Little one,
your time will come,
but not today.
Soon, you will come out
of hiding and greet
the world with a yell,
but not just yet.
Soon, you will meet
her face-to-face,
the one you only feel
now, blood-to-blood,
swimming in liquid love,
moving with her
in a dim warm space.
Soon, you will meet
him, feel his heart
beat as he holds you
to his chest, pats
your back, hums,
but not now.
It’s coming soon,
believe me--
real air on your face,
light, colors, music
and a whole open place
of people who will receive
you with so much love
you’ll need time
to take it all in.
And time is what
we’re asking for now.
So rest easy, settle back,
let yourself grow.
A world of wonders approaches.
But not today.
Posted by Nancy Thomas at 7:34 AM