I’ve recently taken on a new spiritual discipline, that of fasting from dinner through to lunch the next day, with a cup of bulletproof coffee in the place of breakfast. Bulletproof coffee is the discovery of my daughter-in-law, through research on the internet. I respect her research; she’s discovered other seemingly weird stuff which has proven to be valid and extremely healthy (moringa trees, for example). Plus, recently recovered from several years of adrenal fatigue herself, she claims by personal experience that bulletproof coffee lives up to its claims.
Here’s how you make it: take a cup of good organic coffee, add one tablespoon of coconut oil (or a product like MCT) and one tablespoon of unsalted butter whose contributing cow ate grass, not grain, blend it until it froths, and drink.
I’m actually trying it. I believe in my daughter-in-law and her research; I’ve read the pro and con articles; and, most important, I really really want to believe. It claims to increase my energy and overall health at the same time it teaches my body to consume its own fats, thus causing me to lose weight. What’s not to want? So once again the believer and the skeptic within me have joined, and I’ve making a experiment that may last for a month or two.
I’m finally beyond the initial nausea stage and actually beginning to like the stuff. At least, a little. OK, a very little. So, it’s more of a discipline than a joy, which probably makes bulletproof coffee a sacred drink.
The Bible is full of sacred foods. Think of the bread on the Old Testament altar, as well as the sacred meats only the priests could eat. Think of mana in the wilderness. Think of the bread and wine that most of the Christian church uses to celebrate Christ’s sacrifice. We Quakers interpret that celebration in a different way, but we still consider shared meals as part of the sacramental nature of life. In addition all cultures seem to have their own sacred foods. This is part of life.
Perhaps some foods only pretend to be sacred (like bulletproof coffee?). Hal remembers a time in his childhood when his father had become persuaded that a certain snake-oil-like product was the secret to his family’s health. So he purchased several large boxes of Derits. Derits came in the form of large tablets meant to be eaten along with a meal, and not as a substitute for real food. But those were days of economic hardship for the family, and Derits were not cheap. So those semi-chocolate-flavored tablets, along with whatever else was on the table, were required fare. Hal didn’t especially like them.
The name Derit is tired, spelled backwards, and the product claimed to turn your fatigue around and fill you with energy and overall good health. To my future father-in-law, it was like a gift from God, part of the holy will for his family. Sacred food. They ate through all the cartons, but never purchased them again.
Reflecting back on the experience, Hal says he’s now convinced that, “A person could starve on Derits.”
Seasons have their own sacred foods. It’s Christmas time and I’ve got eggnog in the refrigerator. I intend to enjoy any fruitcake or fudge that others offer me. 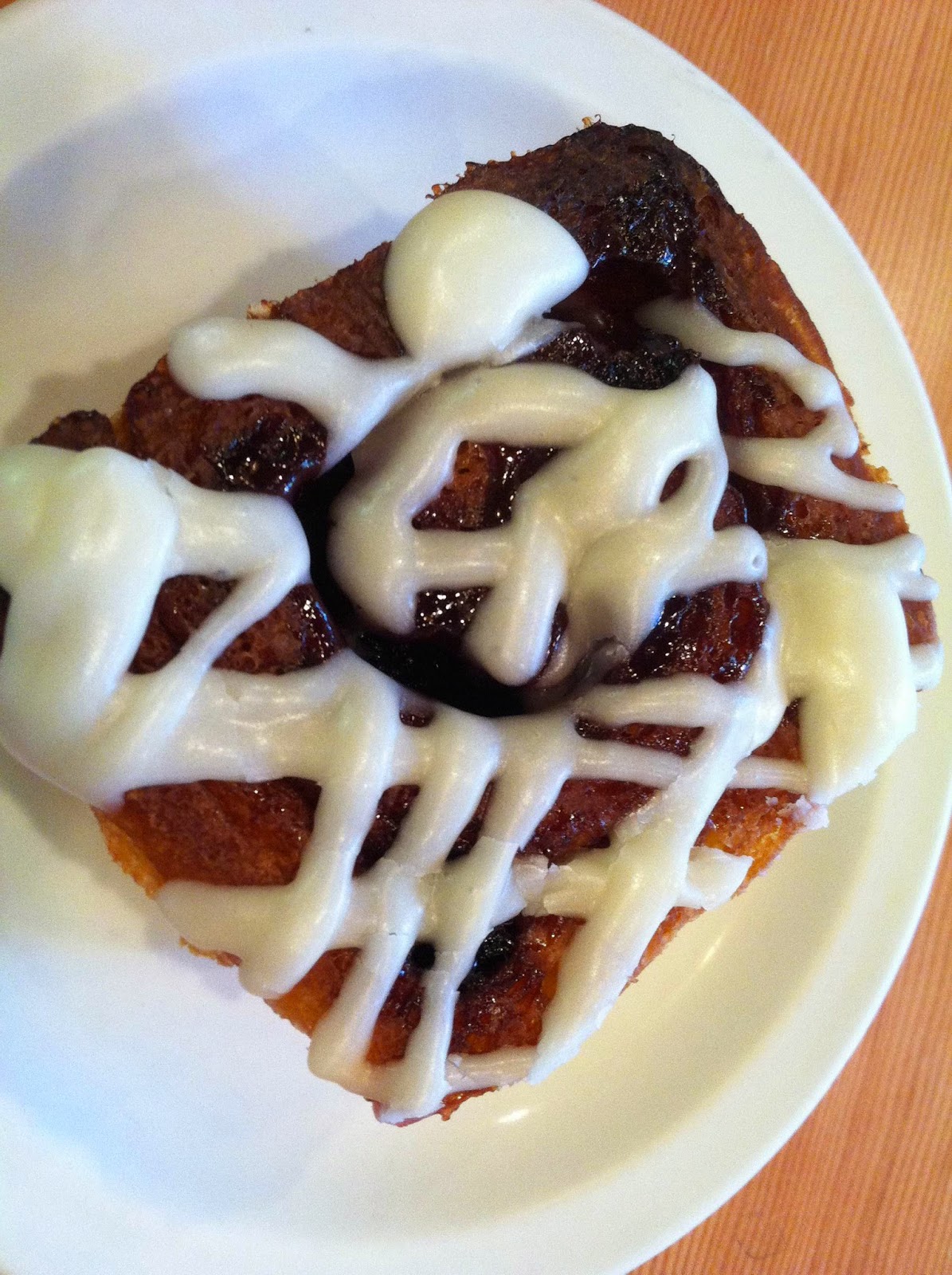 I’ve recently added another item to my list of sacred foods. It works for all seasons. Once every two or three weeks, I relax my discipline of bulletproof coffee, and Hal and I walk to the Newberg Bakery for breakfast. I order fresh coffee made from organic Nicaraguan beans (with absolutely no extra oil or butter added) and a large frosted marionberry cinnamon roll. That’s the sacred part.
It’s one of the holiest moments of the month.
Posted by Nancy Thomas at 9:57 AM