When did it all begin?

For several years the Bolivian Friends Church (INELA) has looked forward to celebrating its 100th birthday. The big question has been—when will the party take place? That points to a more basic question—when and how did it all get started? As Hal and I have participated on the team investigating and writing the history of this church, the mystery surrounding its beginnings is part of what has made this project so much fun. 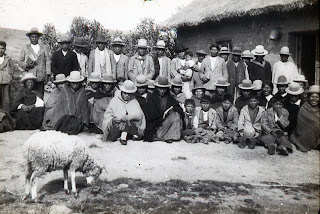 Of course the final decision as to the “official” centennial date has been the prerogative of Bolivian Quakers, but we’ve found the conversation fascinating. Some people in INELA wanted to recognize the founding as sometime between 1915 and 1920. In those years a group of new believers came together in the village of Amacari on the shores of Lake Titicaca. The history team has interviewed the now elderly grandchildren of those same believers. We discovered at least four differing versions of the story of how this one group came to be.
Oral history is fascinating, and we respect the memories of people, even as we compare the different stories, noting the contradictions and finding the matching threads. The original conversion stories note the influence of Protestant street preachers and even a Catholic catechist. However the first believers converted, the resulting group in Amacari met without any influence from other churches or outside mission groups up until 1924. 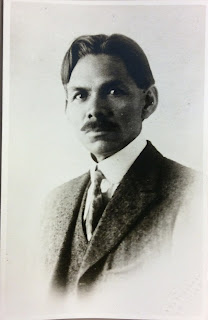 Most Bolivian Friends want to recognize 1919 as the founding date. William Abel, a Native American Quaker from Southern California came to La Paz at that time to literally give his life for the gospel. He joined forces with three Quaker women, two of whom also arrived in La Paz that same year. Florence Smith from Kansas Yearly Meeting, and Emma Morrow and Mattie Blount from Indiana formed a team with Abel, and the four Friends preached in the streets of the city. But within the year Abel died from small pox.

One of Abel’s young disciples, a Bolivian mestizo named Juan Ayllon, decided to throw in his lot with the Friends and made plans to prepare for missionary service. Ayllon became a Christian through the influence of a Methodist missionary, at a worship service in a Salvation Army Hall, and was later nourished in a local Baptist Church. Yet Ayllon chose Friends to be his community of faith, largely through the influence of Abel. After Abel’s death, Ayllon went to Guatemala to be trained for service in the newly formed Berea Training School for Christian Workers, a ministry of the Central American Friends Mission. This mission, along with the newly forming Friends Church in Central America, sent Juan Ayllon and his new bride, Tomasa, back to Bolivia as their first missionaries in 1924. 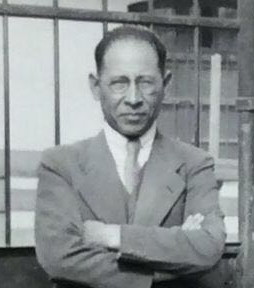 Other Bolivian Friends think we should recognize 1924 as the birthdate of the INELA. That year marks the arrival of the Ayllons in La Paz and the formation of the La Paz Friends Church, first meeting on October 8, 1924. Ayllon also made contact with the believers in Amacari that year, persuading them to join with Friends. From 1924 on, the INELA began to take form and grow as an official church.
In its yearly meeting sessions in 2017, the INELA chose 2019 as the date to mark the centennial of the church, recognizing both the sacrifice of William Abel and the decision of Juan Ayllon to become a Quaker. I wouldn’t be surprised if the church also celebrated in 2024. In any case, its obvious that the Holy Spirit was at work long before any official organization, Quaker or otherwise, became involved. And it’s obvious that the Spirit used a variety of people from different faith communities, some of whom were Quaker. Oregon Yearly Meeting didn’t enter the scene until 1930.
Personally, I’m content with letting the Spirit take the credit. We can party on any of the above dates.