I continue to read voraciously, and am always in the middle of some novel. Again, the date 2017 refers to books I read during the year, not to a publication date.

Fiction
Jamie Ford, Hotel on the Corner of Bitter and Sweet (2009): This is one of my two favorite books read this year. It focuses on Japanese citizens in Seattle during the outbreak of World War II and the internment camps that grew up in the northwest. It’s about the relationship between a young white boy and a Japanese girl, how their friendship is affected, and about how they come back together as friends years later. It also shows how relationships within a family can be more complicated and dysfunctional that some cross-cultural relationships. Well written. 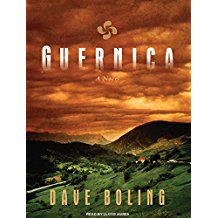 David Boling, Guernica (2010): Another contender for the best book I’ve read this year, this is fictional story based on the history of the people of Guernica, the Basque village that was bombed and destroyed by Germans cooperating with Spanish fascists under Franco. It portrays well the Basque culture and its passion to be self-governing. The story circles around three brothers, their relationships and loves, their children and how the atrocities affected them and the rest of the village. The novel even inserts cameo portrayals of Picasso painting the destruction. It also shows how the life of a people cannot be destroyed as rebuilding slowly begins. Good writing, compelling characters, good story. It has an almost fairy-tale-like ending, but I tolerated it because I was ready for something really good to happen to these people.

Ivan Doig, Dancing at the Rascal Fair (1987) and Prairie Nocturn (2003): I love Doig’s historically based books on the settling of Montana and its subsequent development through the civil war years. Great writing. A fascinating historical background, made real by good characterization and development.
Charles Williams, War in Heaven (1930) and The Place of the Lion (1933): One of the tests for a good book is the number of times we re-read it. These are two re-reads of my favorite writer of theological thrillers. Williams is a serious theologian, but also a marvelous spinner of fantasy worlds. The result, for an intuitive thinker like myself, is insight and a gripping good adventure. Williams was an intimate friend of C.S. Lewis and J.R.R. Tolkien.
Elizabeth Goudge, Green Dolphin Street (1944), Pilgrim’s Inn (1948), and The Heart of the Family (1953): I went on a sort of Elizabeth Goudge binge. Her old-fashioned books present virtuous people bringing redemption to difficult situations. This is not as bad as it sounds, due to Goudge’s wisdom and skill in writing. The plots and characters are nuanced and realistic. I always end up being encouraged by the greater Reality than lies beneath the messy stuff I have to live through. 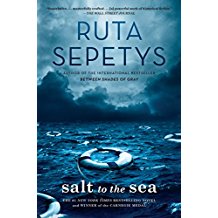 Ruta Sepetys, Salt to the Sea (2016): Historical fiction from World War II about the transfer of orphans to a ship with a destination in Germany. The ship was overcrowded and went down with losses in the thousands, mostly children. This event was definitely under-reported and is a story that needs to be told. This novel follows the fate of one little orphan girl and is told from her point-of-view. Well written.
Fredrik Backman, A Man Called Ove (2012): This Swedish novel is about a grumpy old man who is grieving his wife and unsuccessfully (and comically) trying to commit suicide. Meanwhile he relates with his neighbors in unorthodox and obnoxious ways. But something profound and human happens in all these relationships with all these uniquely abnormal people. Love happens, along with acceptance and kindness in unexpected places. Ove never stops being grumpy and obnoxious. But we end up loving him and seeing in him something of what his deceased wife probably saw. Well written. With lots of humor and insight into what it means to be human.
Tracy Chevalier, Girl with a Pearl Earring (1999): Fascinating fictional account of J. Vermeer’s famous painting, with the girl being represented as a lower-class maid. The complicated family relationships in the Vermeer family are possibly based on fact. It also details class relationships and expectations, with all the injustice these entailed. An interesting look at life in the Netherlands in the 1600s.
Ken Follett, The Pillars of the Earth (1989): The epic novel of the creation of a cathedral in Medieval England. Not great literature but a good story that kept my interest. Most interesting were the details of Medieval life, politics, marriage, social injustices, as well as, of course, architecture.
Jane Kirkpatrick, A Sweetness to the Soul (1995): Story of a pioneer woman in Oregon, her positive relationship to the Indians, the tragedies of her childhood, her good marriage to an older man and their adventures. The background is the real-life story of Jane and Joseph Sherar and the building of Sherar House, 1893, as a hotel for travelers who crossed the Deschutes River. I love Oregon stories. 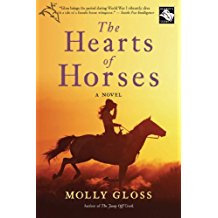 Molly Gloss, Jump-Off Creek (1989) and The Hearts of Horses (2007): By another good Oregon writer, Gloss’ books certainly don’t present a romantic look at the taming of the West, but the characters are real, as are the hardships they faced. Based on solid research and well written.
Margaret Atwood, The Handmaid’s Tale (1986): Terrifying, horrifying futuristic tale of life in a dreary time when women are valued only for their reproductive assets, and men are monstrous masters. Seems hopeless, but the human spirit seeps through, demands justice. At the end, a further future audience of scholars is reading the handmaid’s journal, trying to determine the reality of this long-gone culture. This could never really happen. Could it?
Nafisi Haji, The Sweetness of Tears (2011): A good story about cross cultural understanding (and misunderstanding), the rights of women (or lack of these) in Islamic cultures, the importance of family, and the devastation of war. 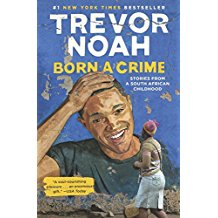 Trevor Noah, Born a Crime: Stories from a South African Childhood (2016): Memoir by a South African comedian, and another of the best books I’ve read this year. He handles the hardships and challenges of poverty with humor, often hilarity, yet without belittling the difficulties of life on the margins.
Annette Gordon-Reed, The Hemingses of Monticello (2008): A view of the family of Thomas Jefferson’s slave mistress, Sally Hemings. While Jefferson treated members of this family with kindness (and may have loved Sally), they were still slaves. A fascinating inside view of slavery at the end of the 18th and beginning of the 19th centuries, documenting the hypocrisy and inhumaneness at the heart of it all.
Rachel Held Evans, Searching for Sunday: Loving, Leaving and Finding the Church (2015): The honest yet compassionate story of Held Evans’ disillusionment with the institutional church, and the search that led her back to a commitment to being part of the people of God. I got a little tired of her theological comments and tended to scan these, but the narrative part of the book, its heart, is fascinating, containing much I could identify with. 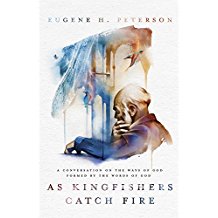 Eugene H. Peterson, As Kingfishers Catch Fire: A Conversation on the Ways of God Formed by the Words of God (2017): I usually love Peterson’s books, and this latest one did not disappoint me. It’s actually a collection of sermons he preached years ago as pastor of Christ Our King Presbyterian Church in Bel Air, Maryland. The insights from Scripture are rich and I find many new perspectives to think about and to live out. This is a book I plan to periodically re-visit.
Posted by Nancy Thomas at 1:41 PM