My day as a Bolivian Quaker baker 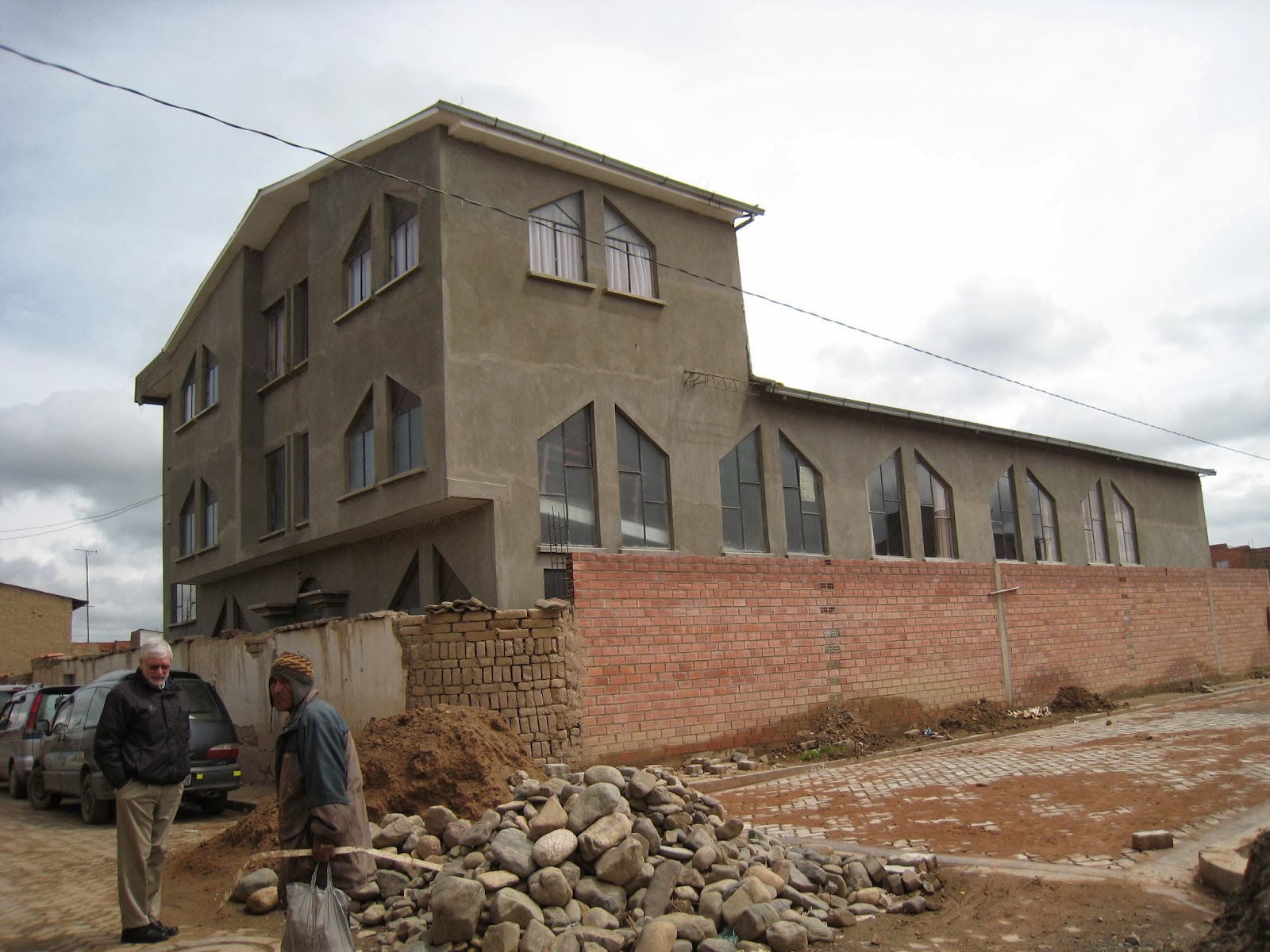 On Sunday Hal, I and other members of our investigative team went to the Laja Friends Church just outside of the upper city of La Paz (El Alto) on the Bolivian altiplano. This is one of the older churches of the yearly meeting, founded sometime between 1940 and 1945. Some of the second, third and fourth generations of the founding family still participate in the life of this congregation, and we wanted to interview them. 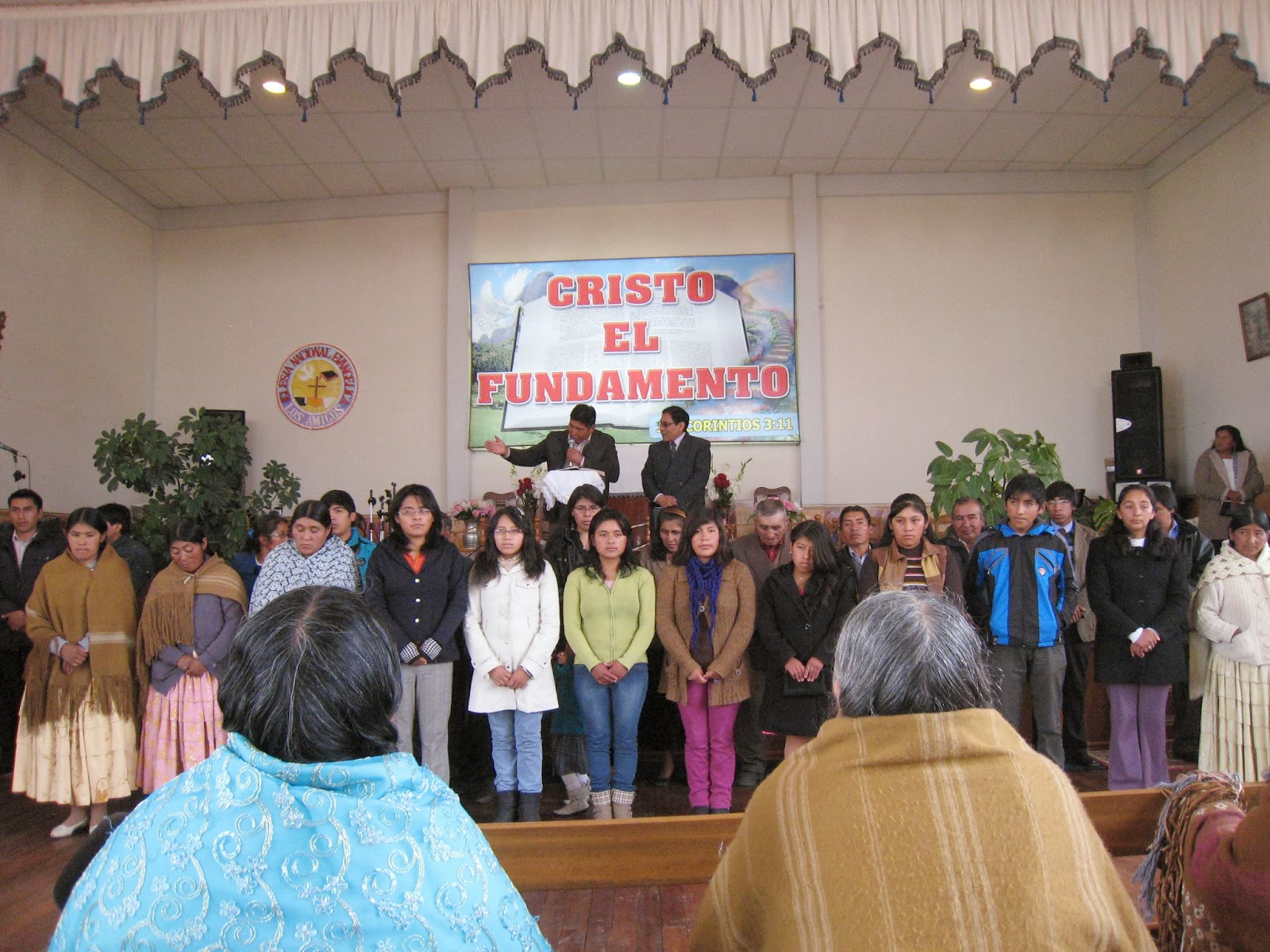 We traveled several hours on public transportation to get there, and upon arrival were impressed by the new temple (what Bolivian Quakers call their meeting houses), the third in this congregation’s history, built to meet the demands of a growing church. The worship service was moving as district leaders had come to position the new local leadership for 2014. As members of the church council, and women’s and youth leadership councils joined the pastor in the front of the platform, I was struck with the high level of participation in this local body. This Quaker value meshes with Aymara cultural values where leadership is shared on a horizontal level. The greater the participation, the more natural it feels. 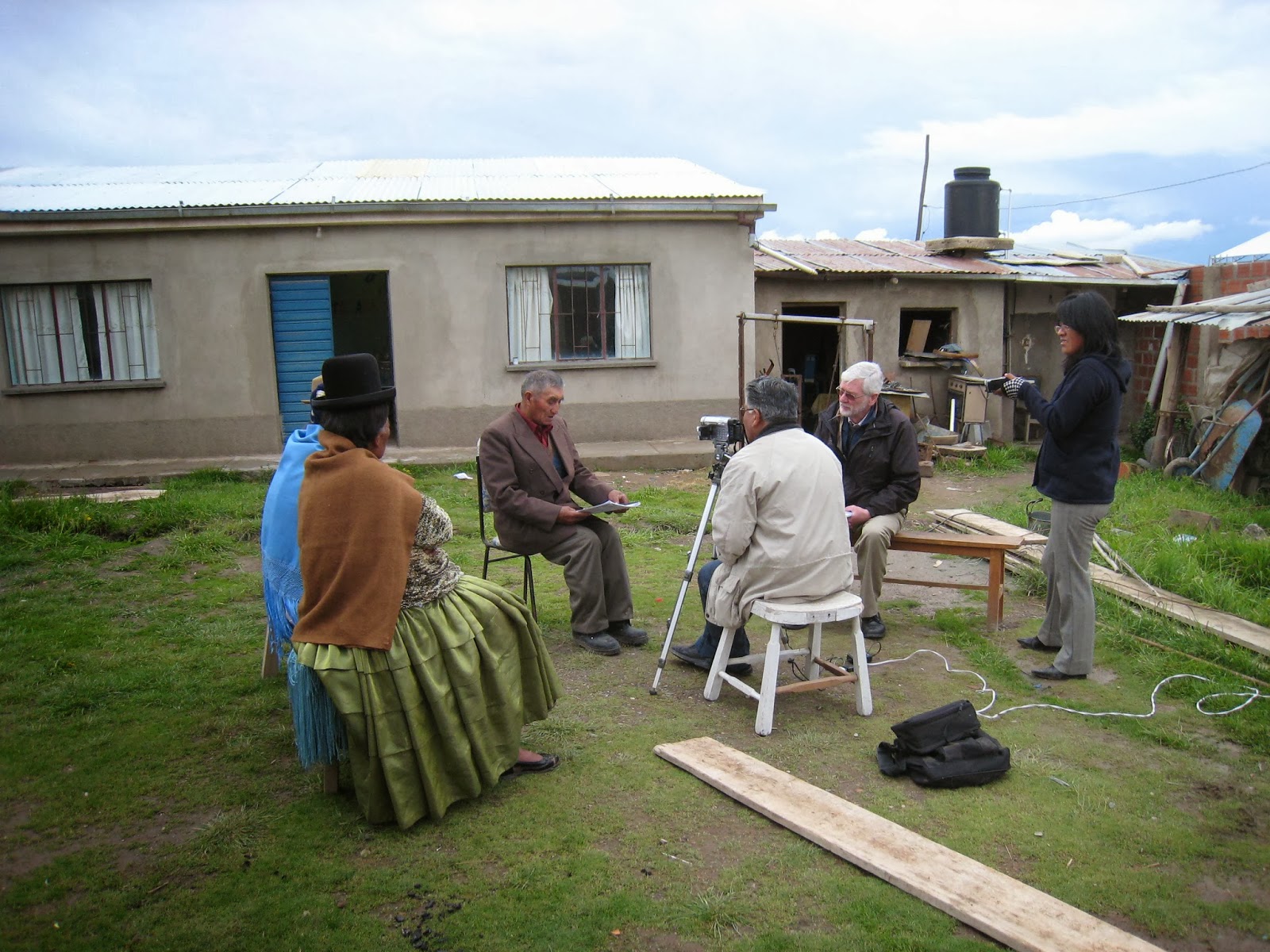 After the meeting we went  to the Tazola family compound, a series of adobe rooms around a large open area. Aymara hospitality combined with Christian fellowship to present us and the extended family with a marvelous roast chicken lunch, prepared in the family’s adobe oven. Hal and I interviewed two family members, especially asking about their memories of the founding grandparents and the story of the early church. Then out in the yard, Felix and Hal gathered the old ones in a circle, and Felix interviewed and filmed for two hours.
In the meantime, I learned how to bake “pan de Laja.” Laja’s fame lies in its special flatbread, sought after on the altiplano and in all La Paz for its unique flavor and texture. Although the town is not large, it has 106 bakeries. Bread is the town’s sole industry.
The Tazolas, as Christians, do not bake on Sunday. But, in anticipation of our visit, they decided to make an exception so that we could enter into this particular cultural experience. They had prepared the dough ahead of time, so that when the consistency was right, those of us not involved in the filming and interviewing could participate in all the steps. It was fun, as well as educational, and it took most of the afternoon.
Kids as well as adults, we went through all the steps: rolling the dough into thin lines; forming balls and placing them on large trays; letting them rise slightly for about a half an hour (the dough has very little yeast); forming the balls into flat circles; putting them into the adobe oven, turning them and removing them all within about seven minutes (Victor Tazola did this part); dusting off the excess flour; and tossing them into the baskets to take to the market. Of course we got to sample what we had just baked. Nothing tastes better than hot “pan de Laja.”
We said our goodbyes in the late afternoon and headed to the central plaza to find transportation, loaded down with bags of fresh bread, historical information, and the sense that God is at work as His people in this place make bread and disciples. Forming the dough into balls 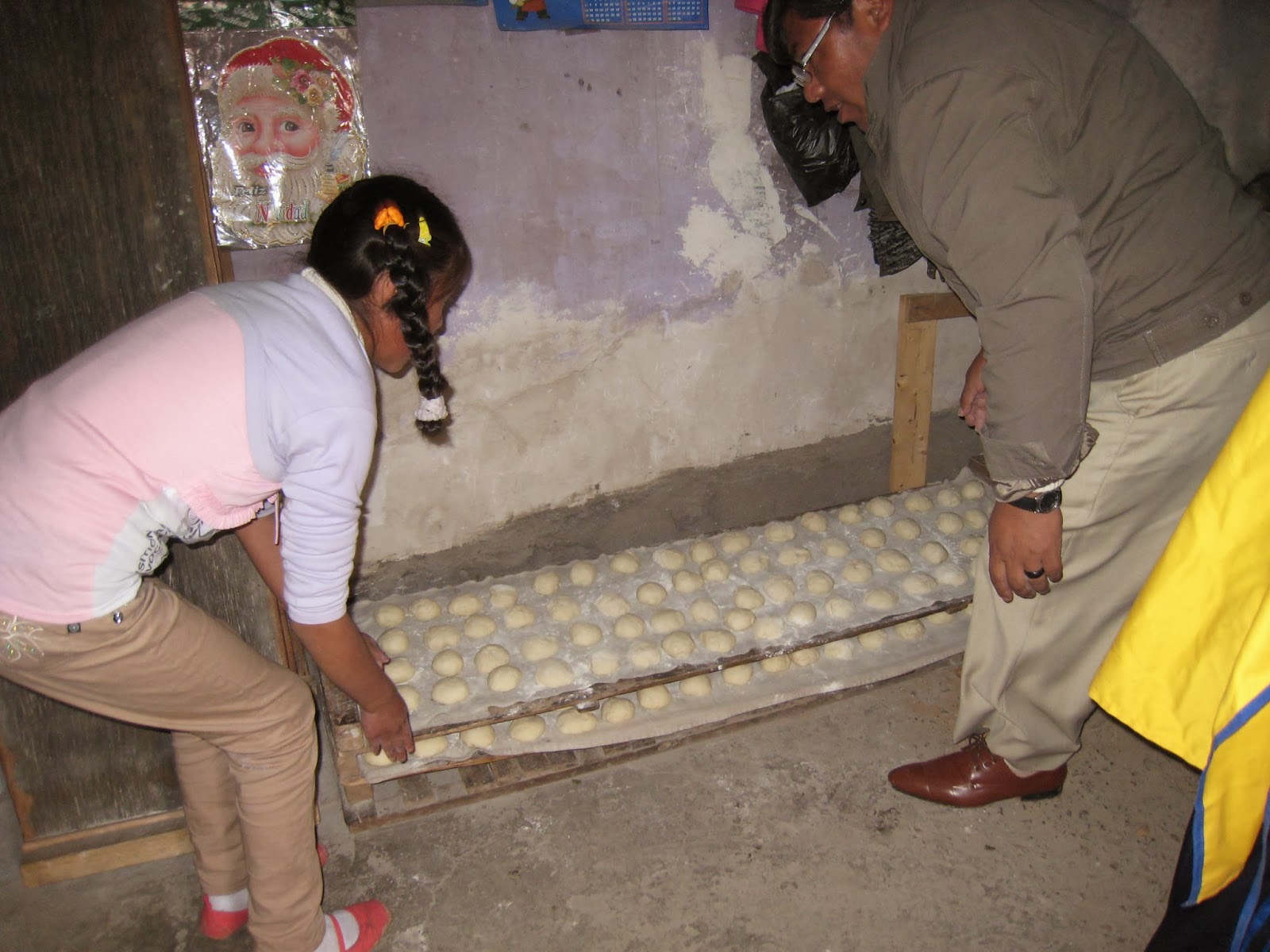 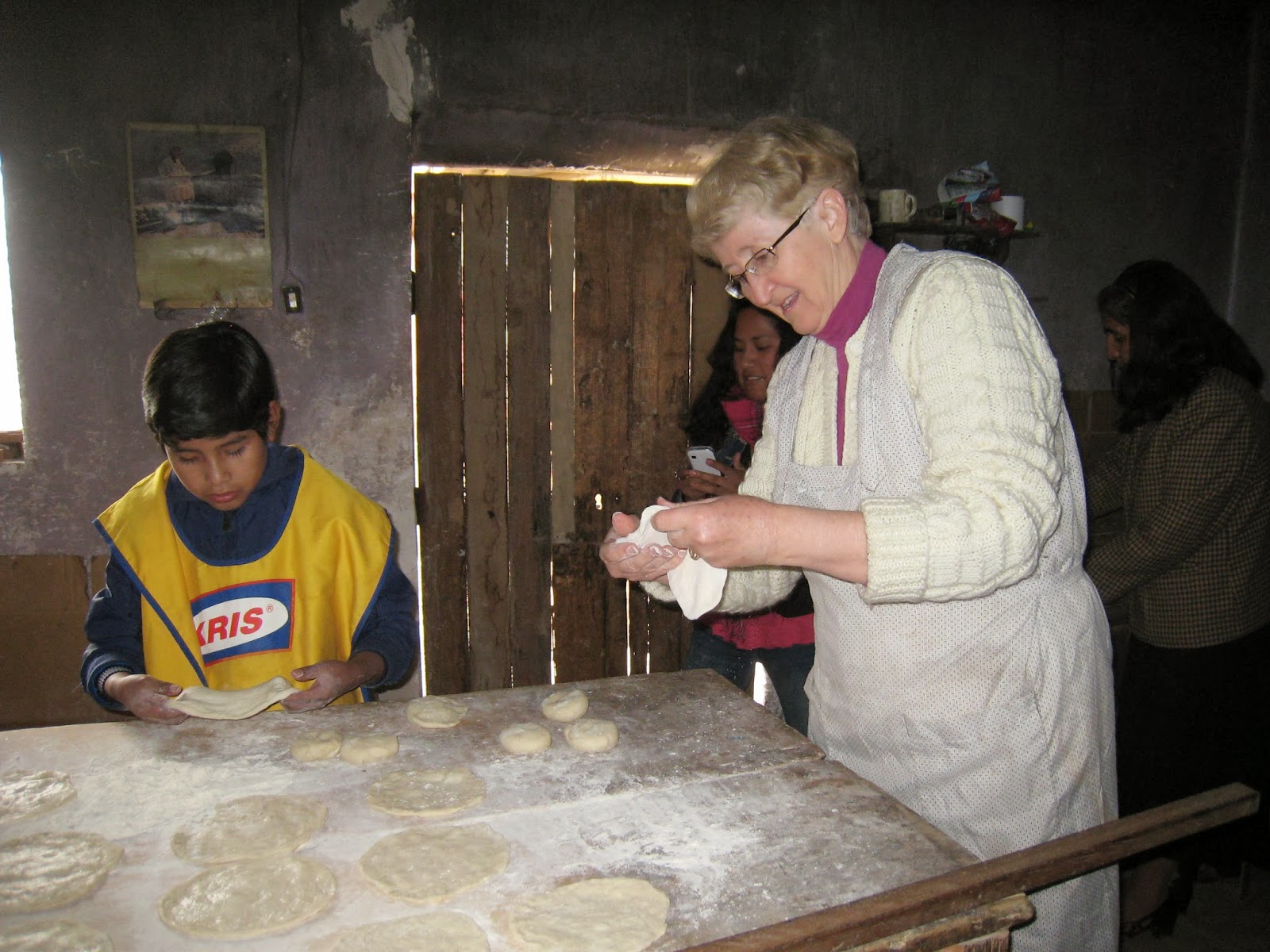 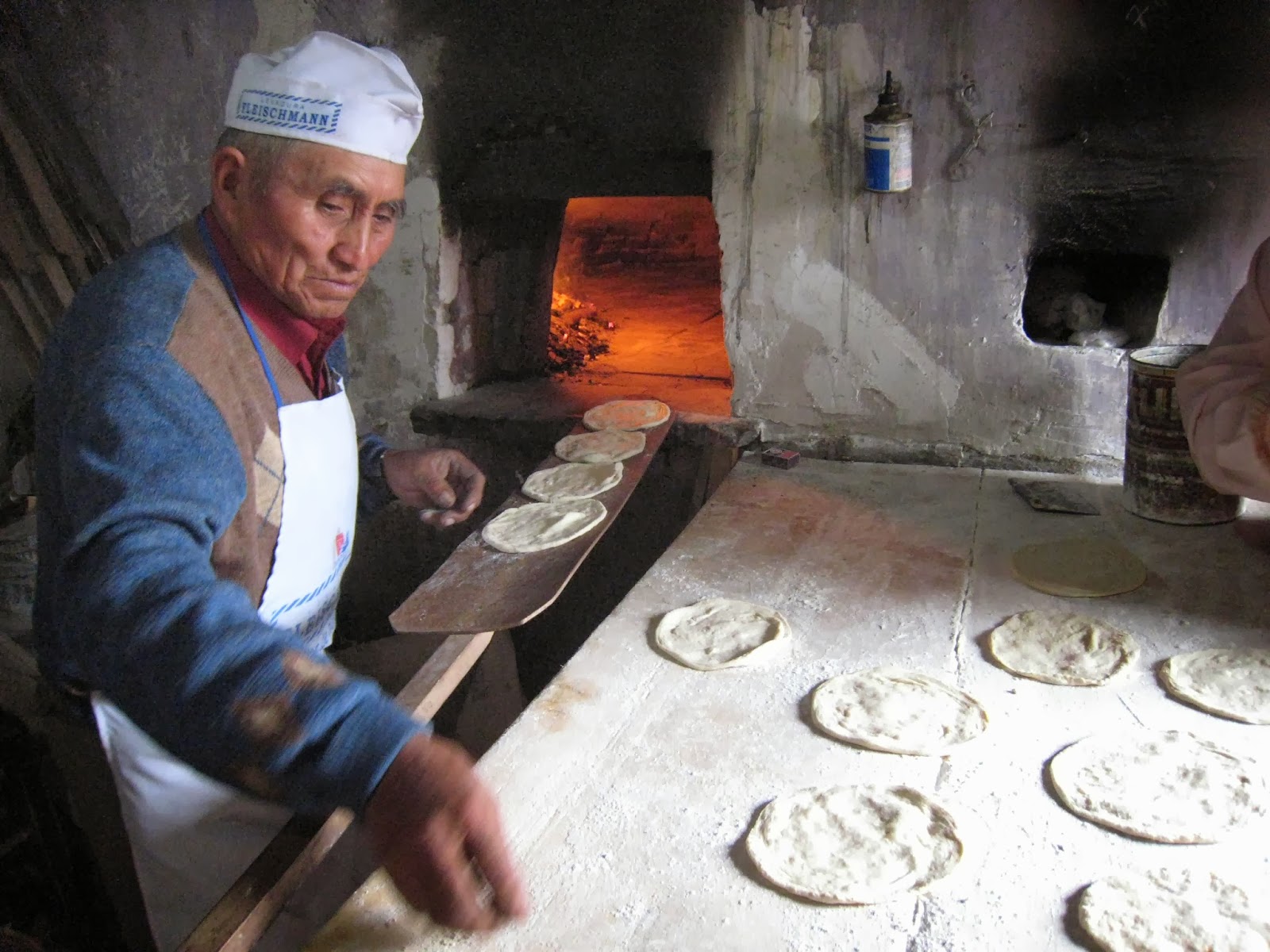 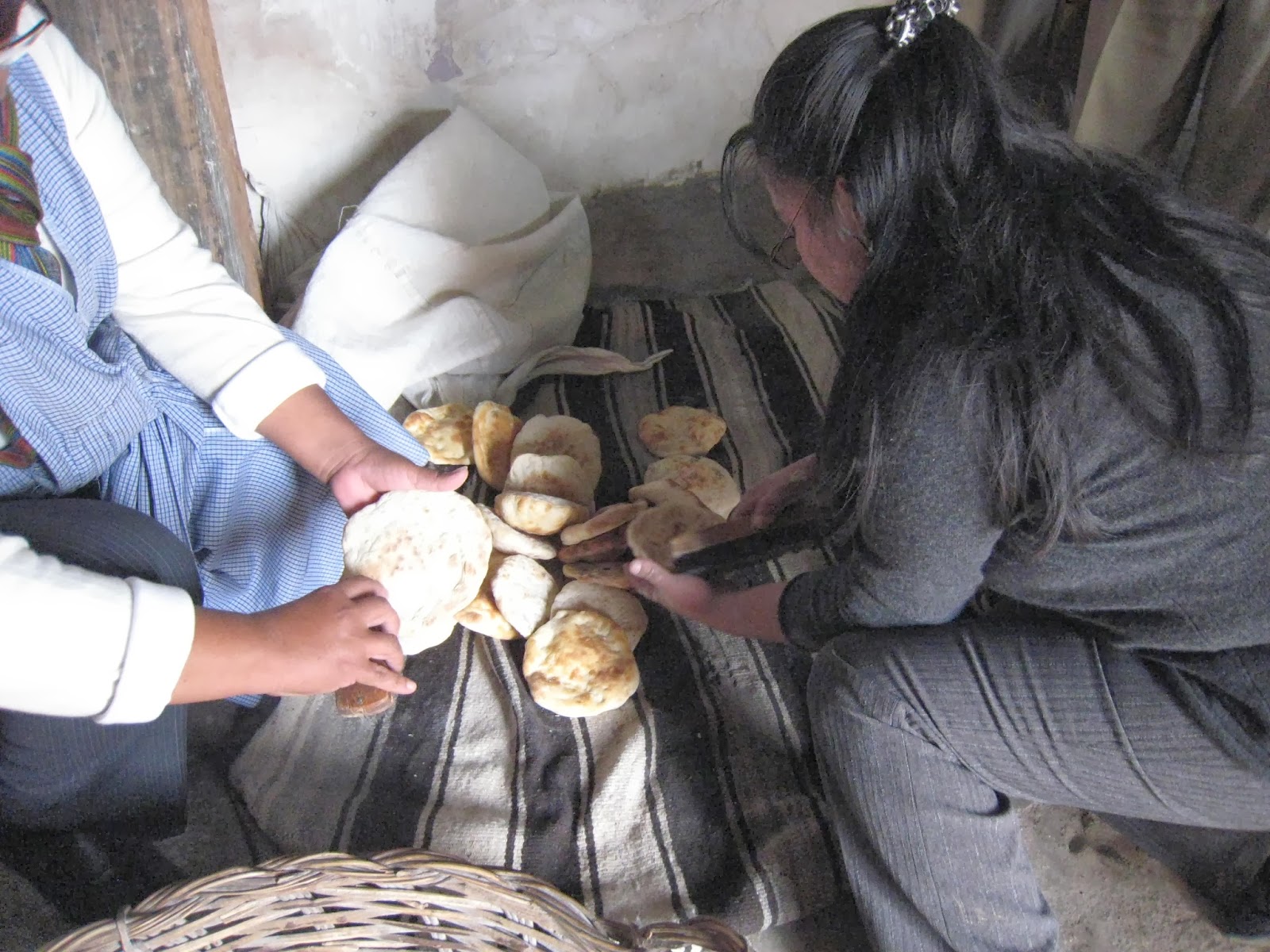 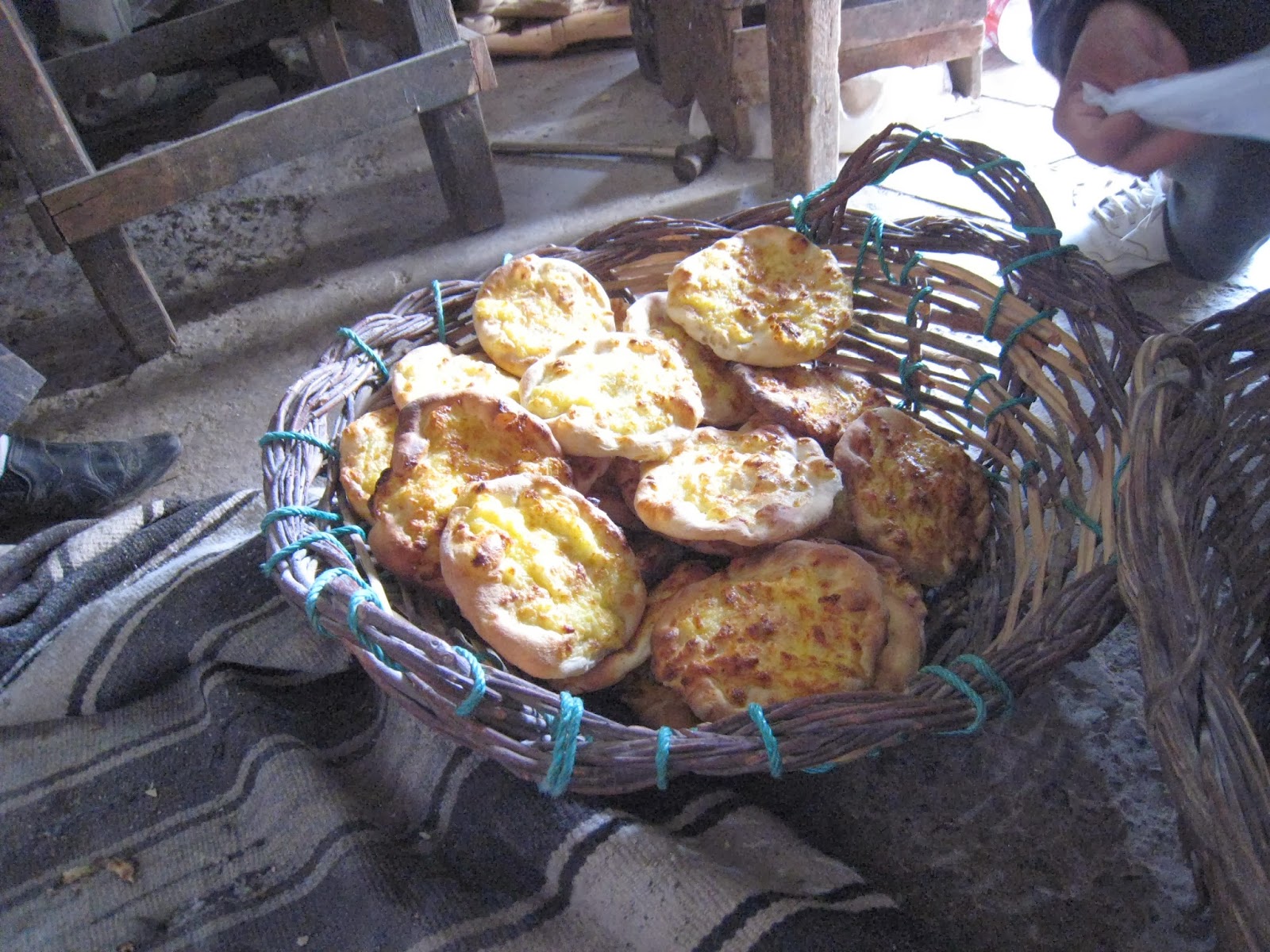 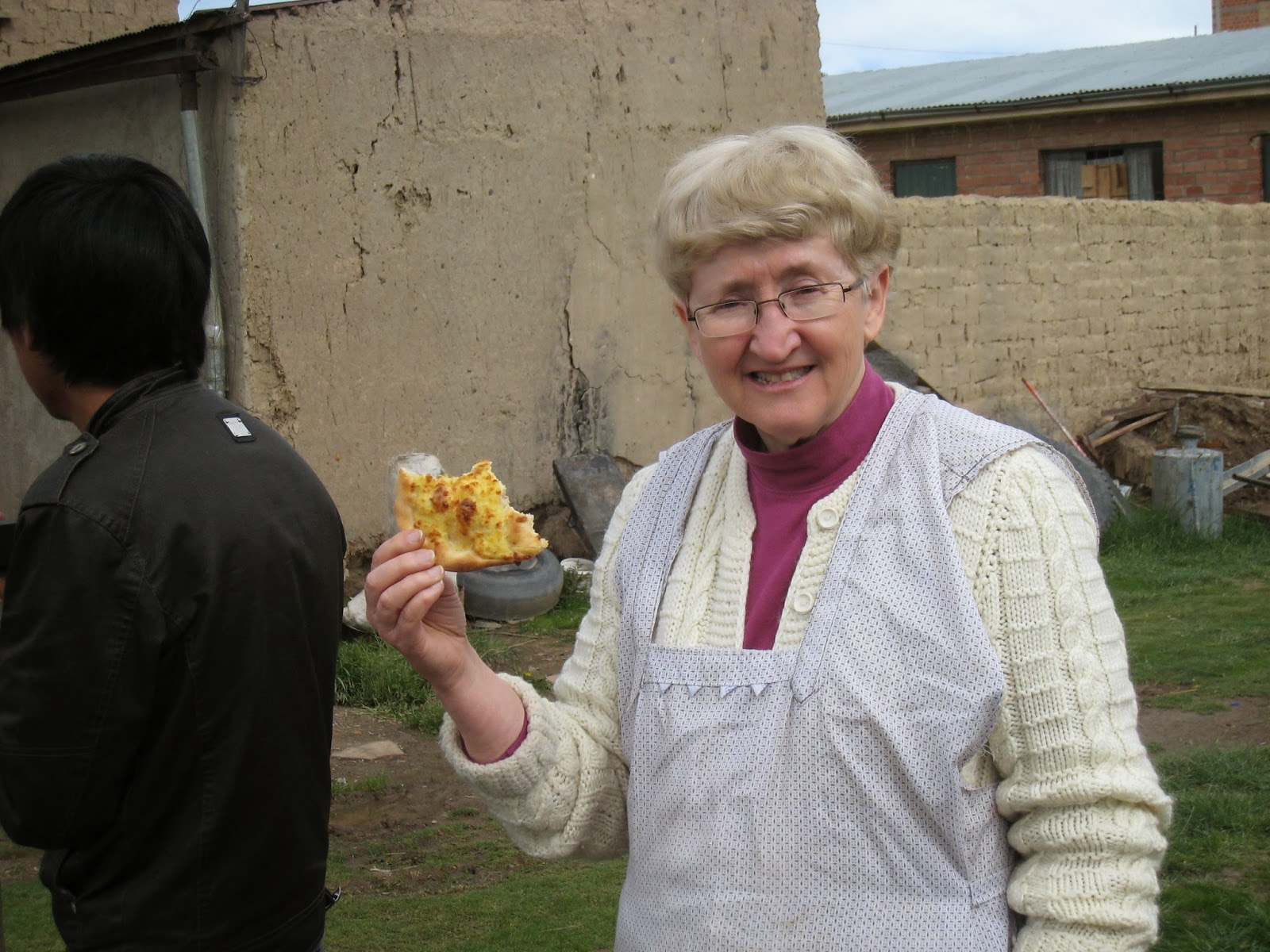